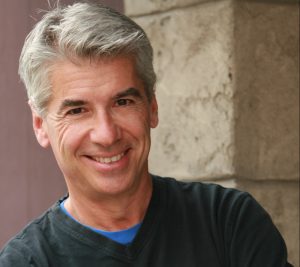 D.J. is a writer, director, executive producer and creator of several television series, specials and movies that entertain both the young and the young at heart.  He is also a best-selling author who has published more than twenty novels filled with adventure, science fiction and the supernatural.

As co-creator of the Nickelodeon series: Are You Afraid of the Dark? he was the Executive Producer of all 91 episodes over 7 seasons while writing and directing dozens.  It was one of the longest running live-action family programs on television. The series received several Gemini and CableAce award nominations and won the Gemini for “Best Youth Series”.

D.J. wrote and directed the TV movie “Tower of Terror” for ABC’s Wonderful World of Disney based on the Walt Disney World theme park attraction. The Showtime series Chris Cross was co-created and written by D.J.  He also served as Executive Producer.  This series received the CableAce award for Best Youth Series.

Other notable writing credits include several ABC Afterschool Specials; the pilot for the long-running PBS/CBS series Ghostwriter; and the HBO series Encyclopedia Brown, Boy Detective for which he received a CableAce nomination.

In print, D.J. has authored the ten-book series of adventure novels:  PENDRAGON – Journal of an Adventure Through Time and Space.  The series spent 78 weeks on the NYT Bestseller list with one title reaching #1.  The PENDRAGON series has been translated into over 20 different languages and has launched a spinoff series, an illustrated guide and a graphic novel.  D.J. also penned the spooky YA trilogy MORPHEUS ROAD and the YA Sci-fi trilogy The SYLO Chronicles.  D.J. has also written the charming picture book: The Monster Princess with illustrations by Alexandra Boiger.

Also in print, D.J. wrote the first installment of the popular Voyagers series and is currently publishing a series of supernatural novels titled The Library.