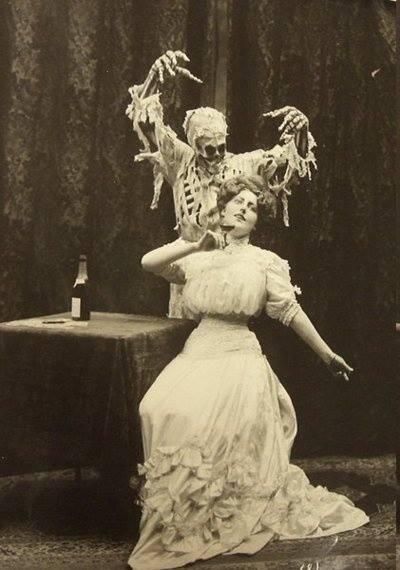 Join Doctor Zomba and his lovely assistant Sirena, and the slightly less lovely Ear-Gore as they perform mesmerizing tricks, contact the dead, and unleash monsters from beyond the grave! First, sign your waiver! We are not responsible if this show literally scares you to death! One lucky audience member will win a real dead body!

The award winning late night campy horror comedy that revives the “Ghost Show” popular in the 1950’s featuring spooky magic, a seance, and a blackout sequence at the end where the audience is fully immersed in the realm of spirits and monsters.