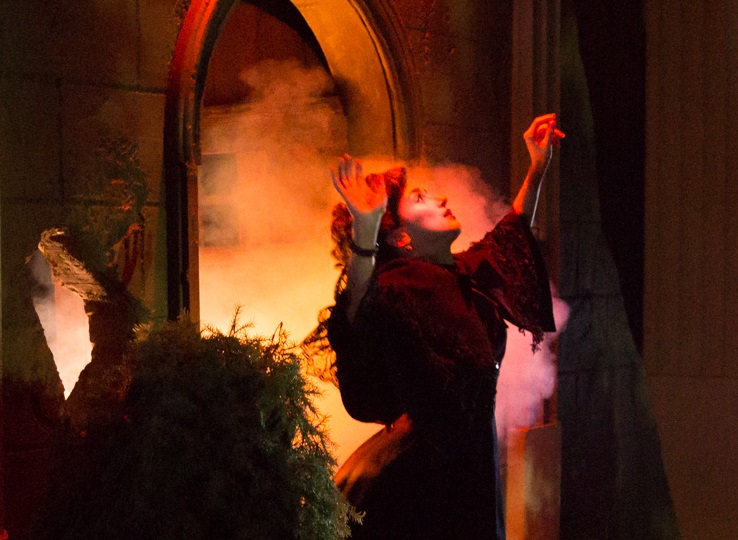 A talk with the producers of upcoming Halloween and horror themed productions, from family friendly frights to literary thrills, and a few musicals for good measure.

Photo by Daniel Kitayama of Jena Hunt in “The Open Door.” Wicked Lit 2017.