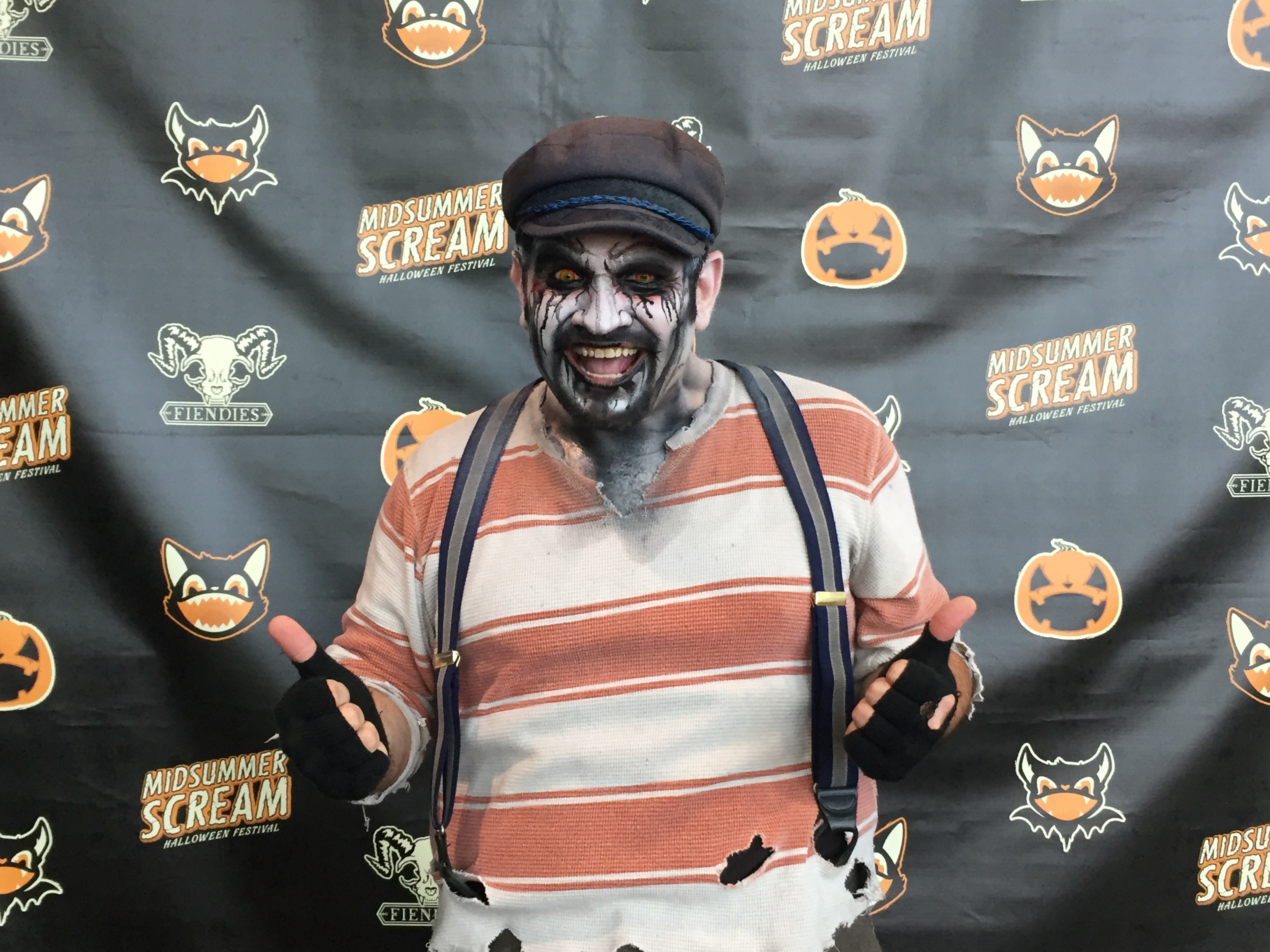 Mudd will be entertaining the masses at Midsummer Scream with his witty creepiness and staggering magic. Caution: In proper haunt fashion, he’ll be roaming the halls of the convention and may stop you in your tracks. Be ready to get Mudd-Gished!

Mudd was blowing mind holes since from 2010 to 2015 as a “street” monster at the Queen Mary’s Dark Harbor. While not only being a fearsome monster, he is also one kick-ass magic man! Chaos and amazement are infused into this lovable ghoul’s bag-o-tricks. In 2013,14, and 15 “Mudd The Magnificent” was one of the main shows produced at Dark Harbor and received rave reviews.