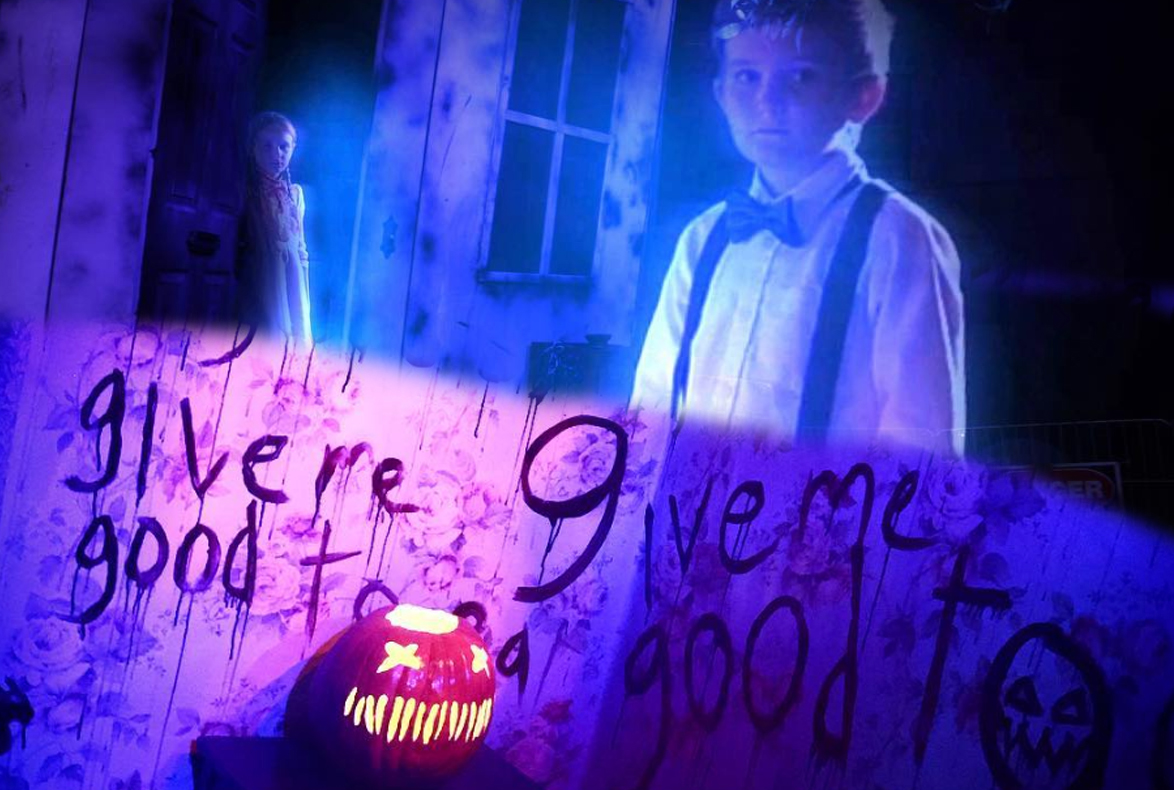 Next Generation Haunters: A New Breed of Terror

The future of the haunted attraction industry isn’t just about new technologies or the latest props and gags; it’s about young designers who are out there right now, learning from today’s leaders as they create their own experiences and chart the course for their own success.
On Sunday July 29, join Midsummer Scream’s Creative Director, Rick West, as he introduces two up-and-coming designers that are part of Southern California’s haunted attraction evolution, Opechee Haunt’s Sam Kellman, and Murder House Productions’ Aurora Persichetti.

Kellman (age 15) has been actively designing small attractions since he was 7 years-old. When he was 9, Sam started designing his own home haunts on Opechee Way in Glendale. In the past few years, Sam has pushed his creative limits by incorporating high-tech components such as integrated customized phone apps for guests, and RFID-driven effects in his haunts, which have ranged from adult-oriented chills to family-friendly shows. This year, Sam brings a preview of his Donnie Darko-themed experience to Midsummer Scream’s Hall of Shadows, giving guests a glimpse of an even bigger fan tribute he’s got planned for Opechee Haunt this Halloween.

Persichetti (age 21) took the SoCal haunt scene by storm in 2017 with her fan tribute home haunt based on the cult film Trick ‘r Treat. Previously, she led a team creating a home haunt in 2016 based on the Evil Dead. This particular home haunt in Thousand Oaks stunned fans who came from far and near to experience a theme park-quality attraction set up on a quiet street by a young lady who simply adores creating mazes and scaring the hell out of people.
This fascinating panel discussion will include photos and footage of Opeeche and Murder House’s attractions, and will give fans the opportunity to learn more about two of the industry’s hottest up-and-coming designers as Rick asks Sam and Aurora what inspires them, what their process is as designers, and what comes next as they continue to mature and grow as haunters here in Los Angeles.
[mkdf_section_title text_alignment=”center” title_tag=”” title_mark=”” title_separator=”yes” custom_class=”text_shadow” title=”Speakers” title_color=”#ffffff” title_separator_color=”#ea8f32″][mkdf_team_list space_between_items=”normal” order_by=”date” order=”ASC” behavior=”single” team_member_layout=”info-bellow” show_excerpt=”no” selected_projects=”9215, 9209, 9213″]