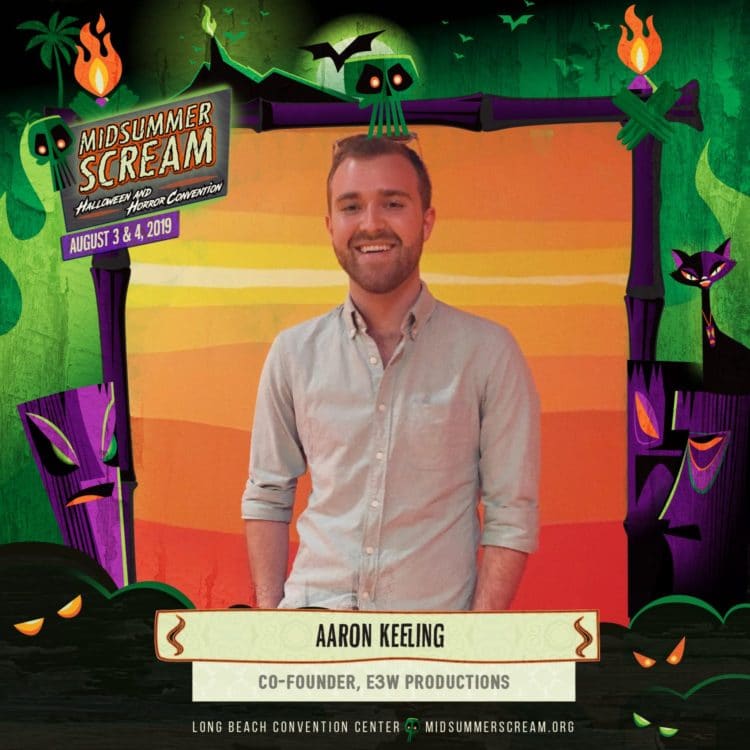 Aaron Keeling is a director, producer, and Co-Founder of E3W Productions, an LA-based film and immersive theatre production company telling frightening, emotional stories from a uniquely intimate angle with an emphasis on highly-detailed, intricately-constructed worlds that envelop audiences and stimulate every sense. After studying film at USC’s School of Cinematic Arts, Aaron wrote and directed the critically acclaimed indie horror film The House on Pine Street. Within the past two years, he has written and directed several shows, including the sold-out immersive theatre productions In Another Room (Season 1 and 2) and Bitter at the End, as well as pop-up shows for Two Bit Circus, and the Overlook Film Festival. Most recently, Aaron directed and helped to produce a four-day immersive game for the Overlook in New Orleans.