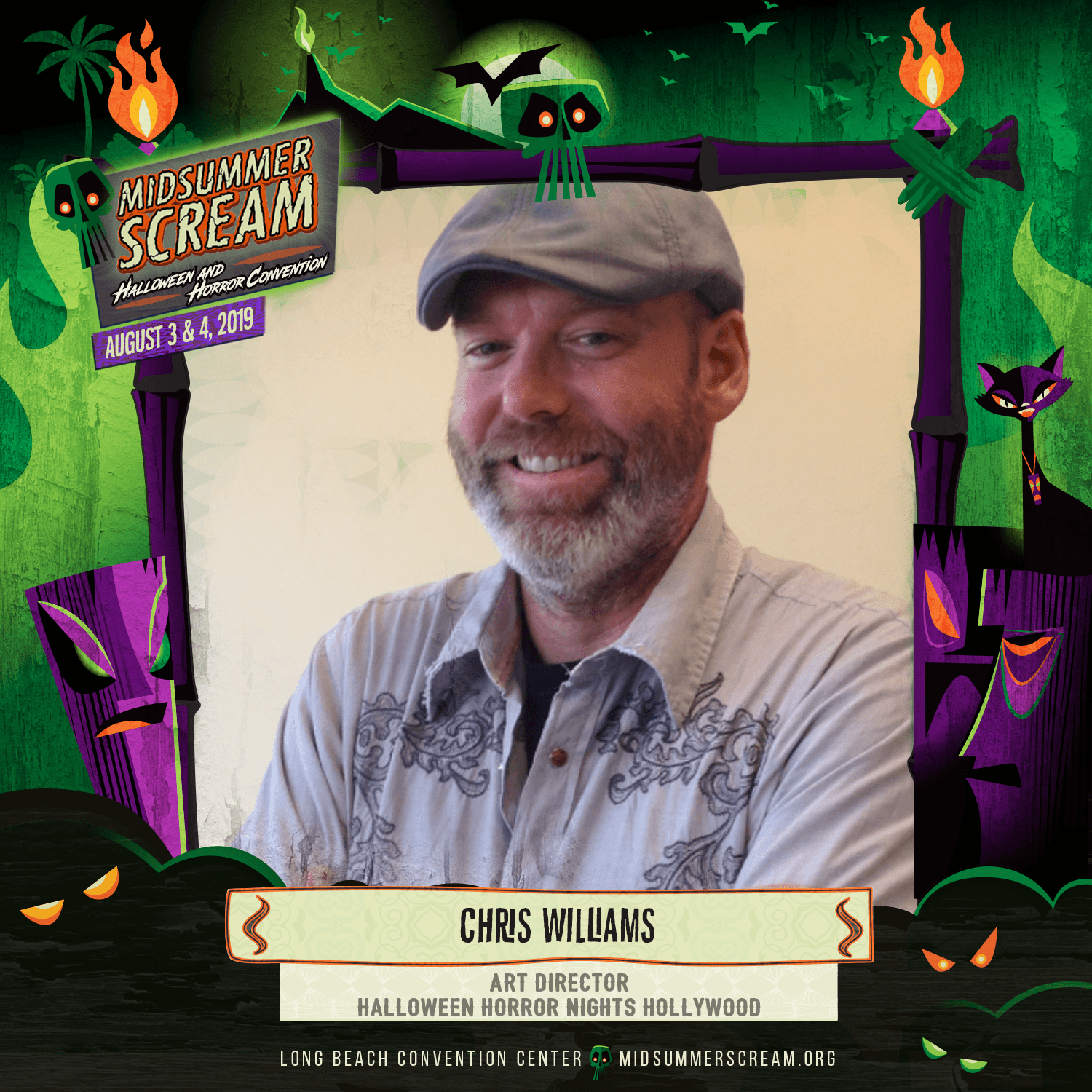 With over 25 years of haunt experience, Chris Williams has become one of the leading Halloween attraction designers in the industry. At a young age, Chris had a great passion for Halloween, make-up, and monsters, especially the Universal classics. His passion for creatures followed him into adulthood, as Chris jumped into the Halloween industry right out of college. He designed at various theme parks in Southern California, and in 1997, Universal was looking to revamp Halloween Horror Nights in Hollywood. Chris came in, designed multiple mazes, and was then brought on in Hollywood to create shows, attractions, and Halloween Horror Nights. During his 20 years at Universal, Chris has designed mazes using many intellectual properties and horror personalities such as A Nightmare on Elm Street, Rob Zombie, Black Sabbath, Alien vs. Predator, and Stranger Things.