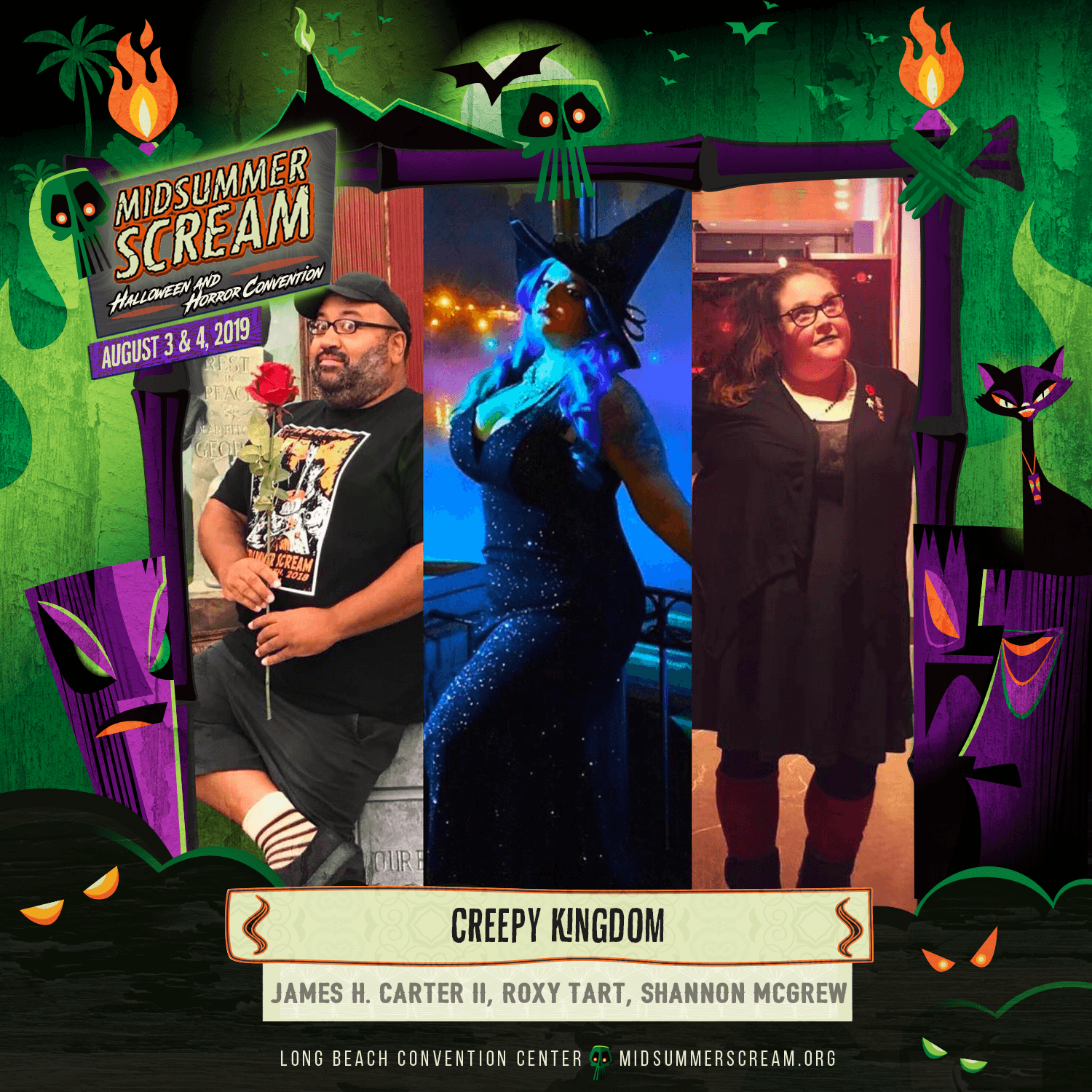 Founded in 2011, Creepy Kingdom is a multi-media production company that covers the spooky side of films, theme parks and beyond! Creepy Kingdom also creates original films, hosts live events, have an apparel line and a Podcast Network/YouTube Channel with various spooky lifestyle themed shows.

Roxy Tart is Creepy Kingdom’s managing editor and serves as a writer and podcast host. She has earned the title of “The Evil Queen of the Creepy Kingdom”.

Shannon McGrew is the founder / editor in chief of the horror website Nightmarish Conjurings. She is also a co-host on Creepy Kingdom’s Stay Haunted podcast.