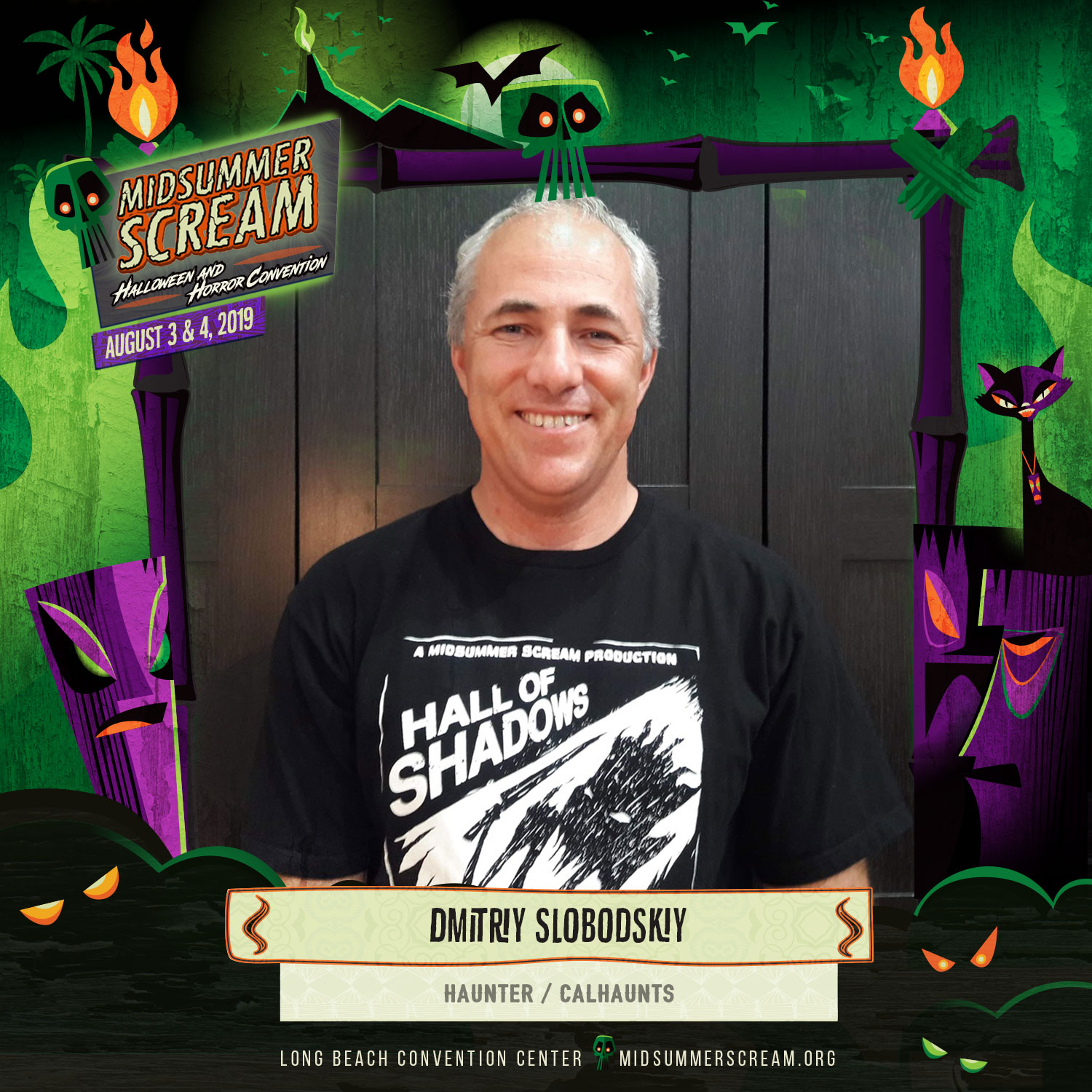 Dmitriy Slobodskiy is a Southern California haunter that was born in Kiev, Ukraine and moved to the United States in 1996. He’s always had a knack for mechanics; as a kid, Dmitriy loved learning how things worked, and would create different projects for himself such as rebuilding motorcycles, working on cars, and assembling electronics. His love of hands-on work and finishing each project stayed with him into adulthood. Dmitriy was the founder of Haunted Groundz home haunt in Granada Hills, and has created his own animatronics creatures – many of which have been featured in the Hall of Shadows – including talking crows and bats, and the projection-mapped miniature windmill in the CalHauntS anniversary tribute to Frankenstein last summer. When not at work, Dmitriy spends his time in the garage trying to one-up himself, making each project more complicated than those before.