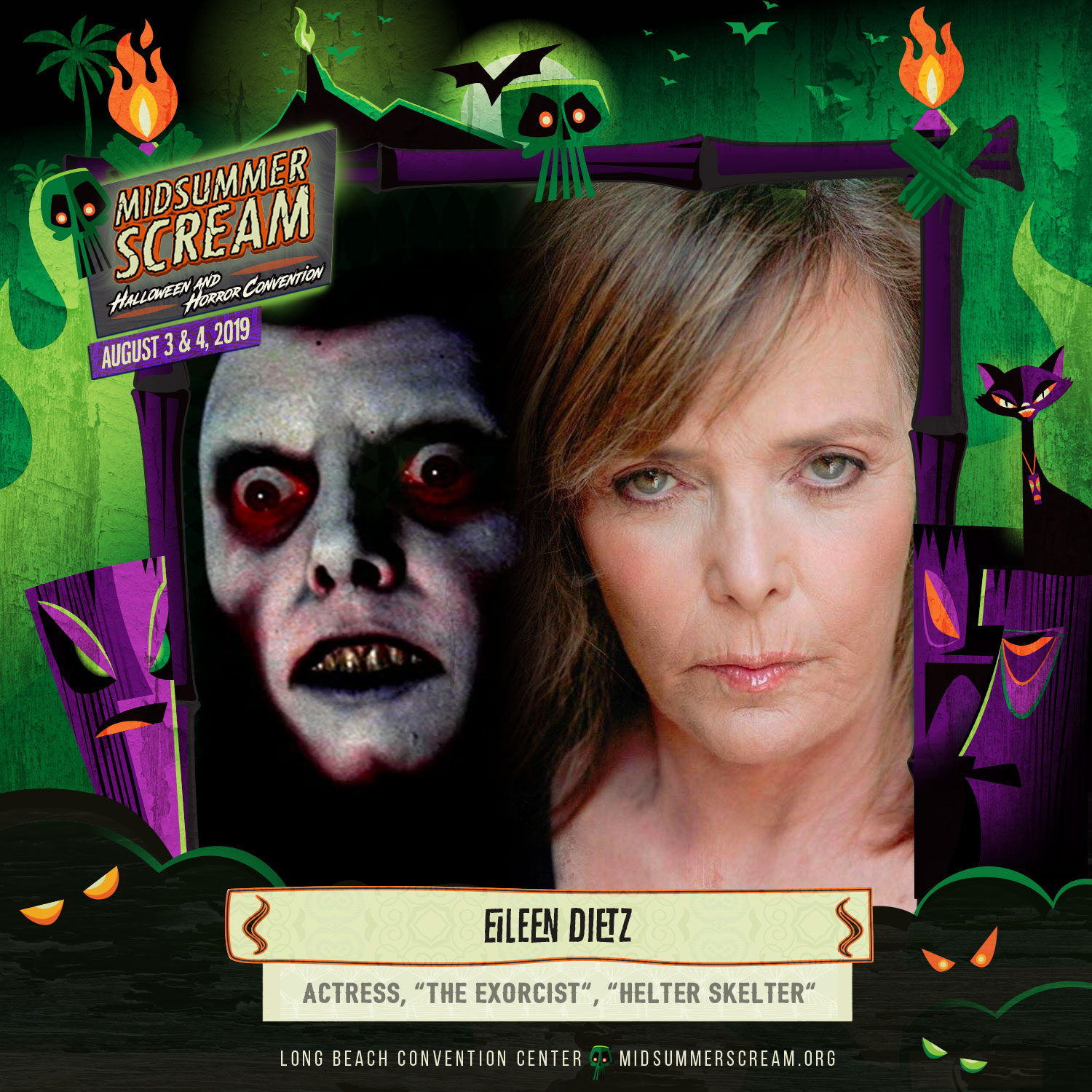 Eileen wanted to be an actress since the tender age of 7 when she went to see a Broadway production of PETER PAN and thought that if she jumped on the stage she could be one of the “lost boys”. Not knowing how to get a job when she was grown up, she simply submitted Kodak pictures to a summer stock theatre and off she went to “be a star.” And where she experienced her first “Me Too” moment. Following that tragedy, she did get her Union card though, she returned to NY and almost immediately got cast in the popular Drive In Attraction: TEENAGED GANG DEBS and the award winning DAVID HOLTZMAN’S DIARY. Next came several NY Soap Operas and a PBS special about pollution, starring Sam Waterston and the late Charlotte Rae. Tony Perkins STEAMBATH came next followed by Pulitzer Price winner Joyce Carol Oates, ONTOLOGICAL PROOF OF MY EXISTANCE which led directly to a screen test for THE EXORCIST for which she was cast as the Demon, popularly known as CAPTAIN HOWDY. Eileen as Regan, also performed the most controversial scenes in the film such as the vomiting, levitation, the death scene, and of course the masturbation scene with the cross. After director William Freidkan brought her to Hollywood, she appeared in the TV production of PLANET OF THE APES, KORG 70,000 BC, HAPPY DAYS and the iconic HELTER SKELTER as well as a stint on GENERAL HOSPITAL, where she played a mental patient. (Do you see a pattern here? :)) Other films followed such as Rob Zombie’s HALLOWEEN 2, Keanu Reeves CONSTANTINE,and THE QUEEN OF SCREAMS a personal favorite. Eileen has continued to work in Indy films such as ASSHOLES which won the jury prize at SXSW and LAKE ALICE which appeared in Sundance. Most recently, she filmed Perry Teo’s THE ASSENT and Todd Sheets CLOWNADO which has gone viral. Eileen has performed in the Oscar winning THE EXORCIST, Emmy winning GENERAL HOSPITAL and the 2nd most popular TV movie ever, HELTER SKELTER Not bad for 7 year old EILEEN who had a dream.

Signing all weekend at the Bone Yard Effects booth.