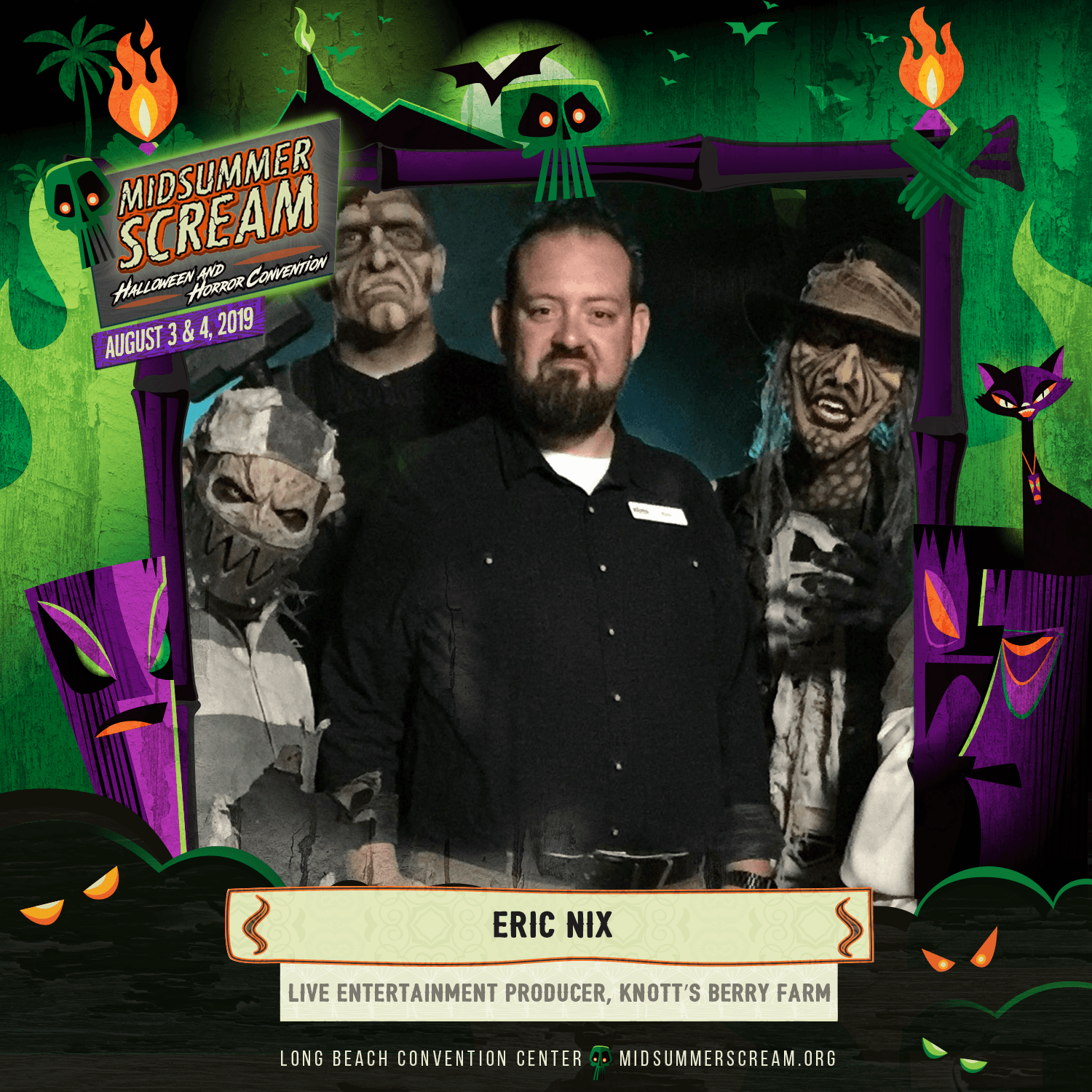 Eric Nix has worked in the themed entertainment industry for over 20 years, starting on the front lines at the Disneyland Resort, working his way through the live entertainment ranks, eventually leading him to Knott’s Berry Farm as a Live Entertainment Producer. As producer he has overseen several seasons of projects including the debut of the Peanuts Celebration in 2018, the all-new Summer Nights entertainment program that just debuted this summer, and three seasons of Knott’s Scary Farm; his personal favorite. Eric’s passion for detail, storytelling and world-building has helped drive the overall guest experience to new levels, and he’s especially excited for the debut of the 2019 Knott’s Scary Farm season!