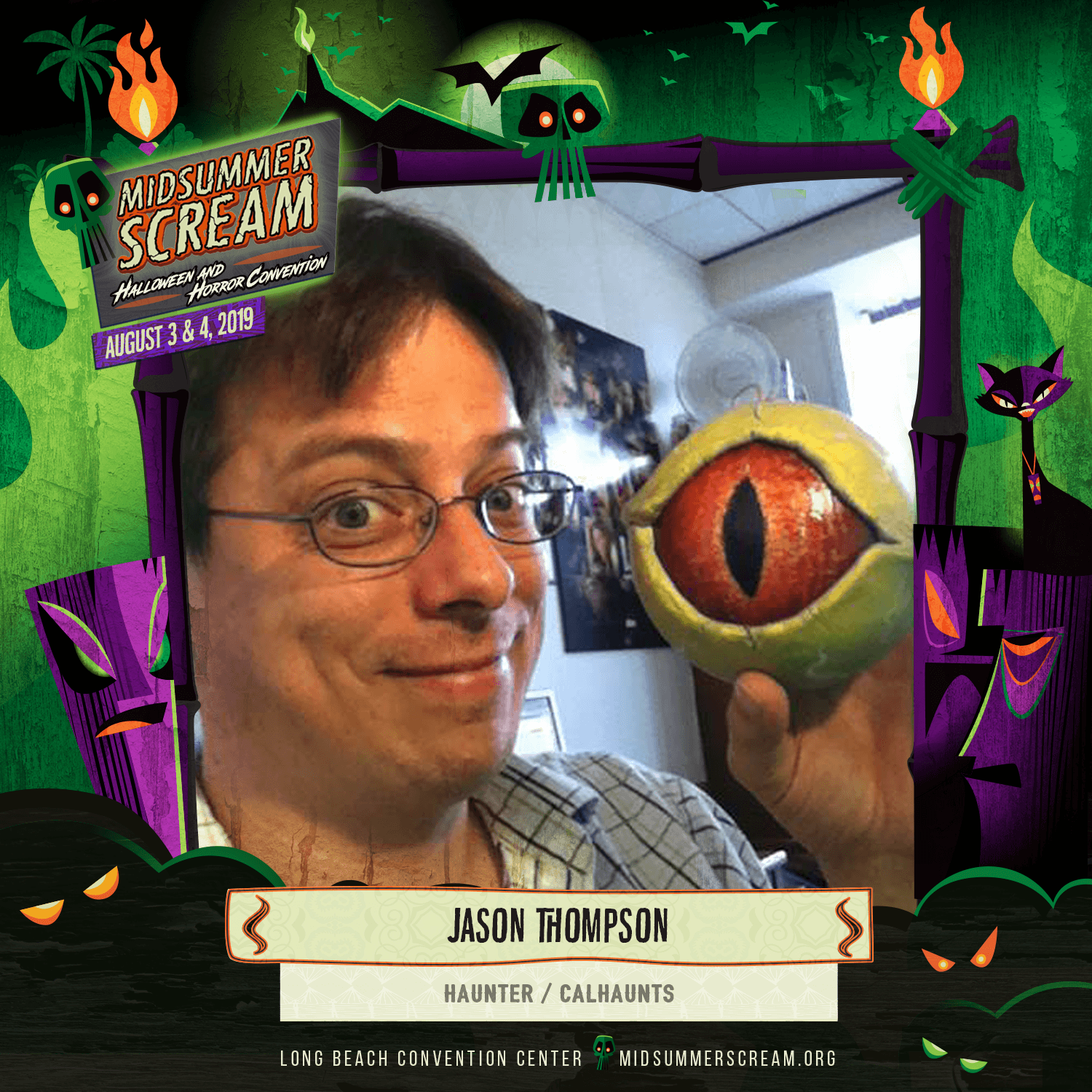 Jason Thompson created multiple successful haunts and themed experiences growing up in the Central Valley. When he moved to LA in 1994, Jason learned additional skills in the feature film business with knowledge of set decor, set building, audio theming, digital effects, and film editing. In 2007 he joined up with Rotten Apple 907, a famous local home haunt, where he also met his wife, Melissa. A year later, he formed The Haunt Store, an online resource for home haunters with products that are budget-friendly and not found anywhere else. In 2011 Jason partnered in creating Old Town Haunt, which was located in Pasadena. Shortly thereafter, Neil Patrick Harris created an annual upscale haunt week experience for The Magic Castle Hollywood members and guests; Jason was instrumental in bringing RFID technology to the event. For his day job, Jason works full-time for The Walt Disney Company. Jason is part of the core team that produces Ghost Train at LA Live Steamers, and is Co-Producer of Haunt X; he is also hired to do pop-ups, photo ops, and attraction-style installations for businesses across the southern California area.