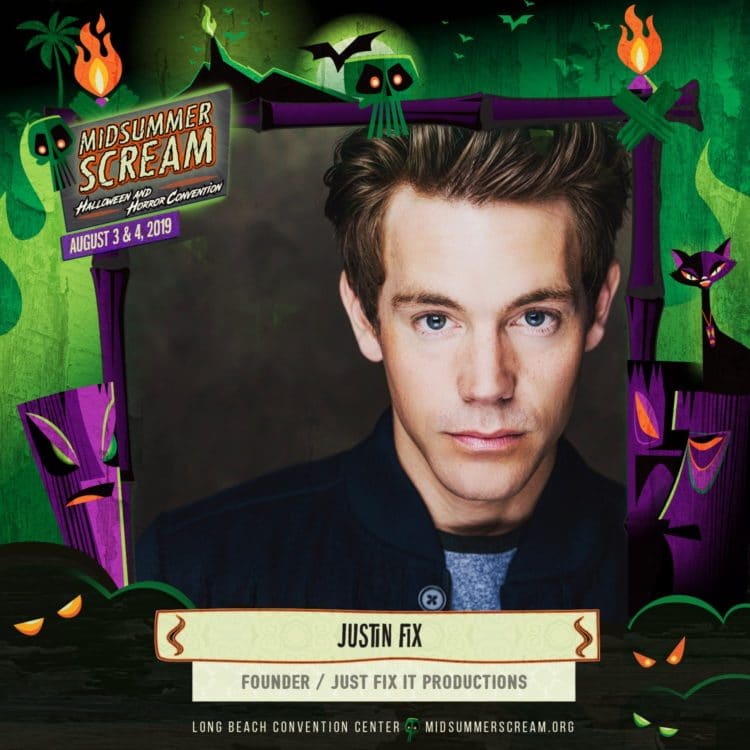 Justin Fix is a Los Angeles-based producer/storyteller, and founder of Just Fix It Productions. Just Fix It Productions began in 2015 and has become a pioneer in dynamic immersive theatre, attractions, and experiential events in the Southern California area. From critically-acclaimed large-scale flagship haunt, CREEP Los Angeles, to the intimate and twisted sold-out murder-mystery dinner experience The Willows, JFI is at the forefront of boundary-pushing horror story-telling. In addition to years of original groundbreaking entertainment, JFI has also previously partnered with Amazon Studios and Facebook to bring their content to life in edgy immersive experiences (LORE in 2017 and San Diego ComicCon in 2018, respectively).