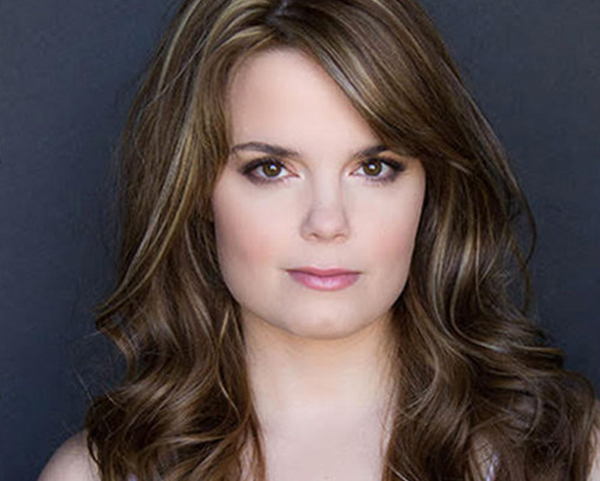 On Broadway, she appeared in a history-making three shows by the age of nine: “John Guare’s Four Baboons Adoring the Sun, Les Miserables(singing solo as “Young Cosette”),& the Tony winning revival of Showboat. She earned an Emmy nomination for her role of “Marah Lewis,”on TV’s longest running daytime drama, Guiding Light, which she played from 1993-1998 and in 2006.

Brown is best known to the tween set for her highly rated Disney Channel movies including Halloweentown I, II and III (Halloweentown High), where she stars with the legendary Debbie Reynolds as “Marnie,” a teenage witch who discovers she has magical powers. She starred Quints for the channel as well.

Brown’s additional television credits include starring in Stephen King’s mini-series Rose Red as an autistic and gifted telekinetic; and Hallmark Hall of Fame’s My Sister’s Keeper, as a manic-depressive schizophrenic acting opposite Lynn Redgrave. She’s appeared in skits for the Late Show w/David Letterman, Saturday Night Live and has been seen on such shows as Law & Order:SVU, Touched By An Angel, Two of a Kind, Unhappily Ever After, and more.

On the feature film side, Kimberly played John Travolta & Uma Thurman’s assistant in Be Cool, (the sequel to Get Shorty), Bringing Down the House w/Steven Martin & Queen Latifah (playing his daughter), Friendship! for Sony and Universal’s horror feature Big Bad Wolf. The New York Times labeled Brown’s coming of age role in the Indie film Tumbleweeds: “…the child performance of the year,” where she appeared with Golden Globe winner and Oscar nominee, Janet McTeer. Brown later went on to win the Independent Spirit Award for Best Debut Performance.

Uttering the immortal “Silly Rabbit, Trix are for Kids,” Brown has lent her voice to many of General Mills animated commercials, and Disney’s animated feature, A Bug’s Life. She also voices the animated character’s “Miyu” in Miyu: The Vampire Princess and “Lena” in WB’s Little Polar Bear. It is also Brown narrating (with a North Carolinian accent) Dancing in the Cadillac Light, a book on tape by Kimberly Willis Holt.

Most recently, Brown was seen in the recurring role of “Shana Taylor” throughout the first season of AMC’s drama series “Low Winter Sun,” starring Mark Strong. When she’s not working, Kimberly loves to write, produce, & perform in her own improv comedy sketches for her YouTube Channel. She’s an alumni of the Second City Improv Conservatory program, and currently trains and performs at Upright Citizen’s Brigade (UCB). She is also developing a couple of films, including co-producing the award-winning screenplay Slot King, in which she will also act in a supporting role. The ever versatile actress/producer can now add author to her resume with her new children’s book called “Poppins Pumpkin Patch Parade.”