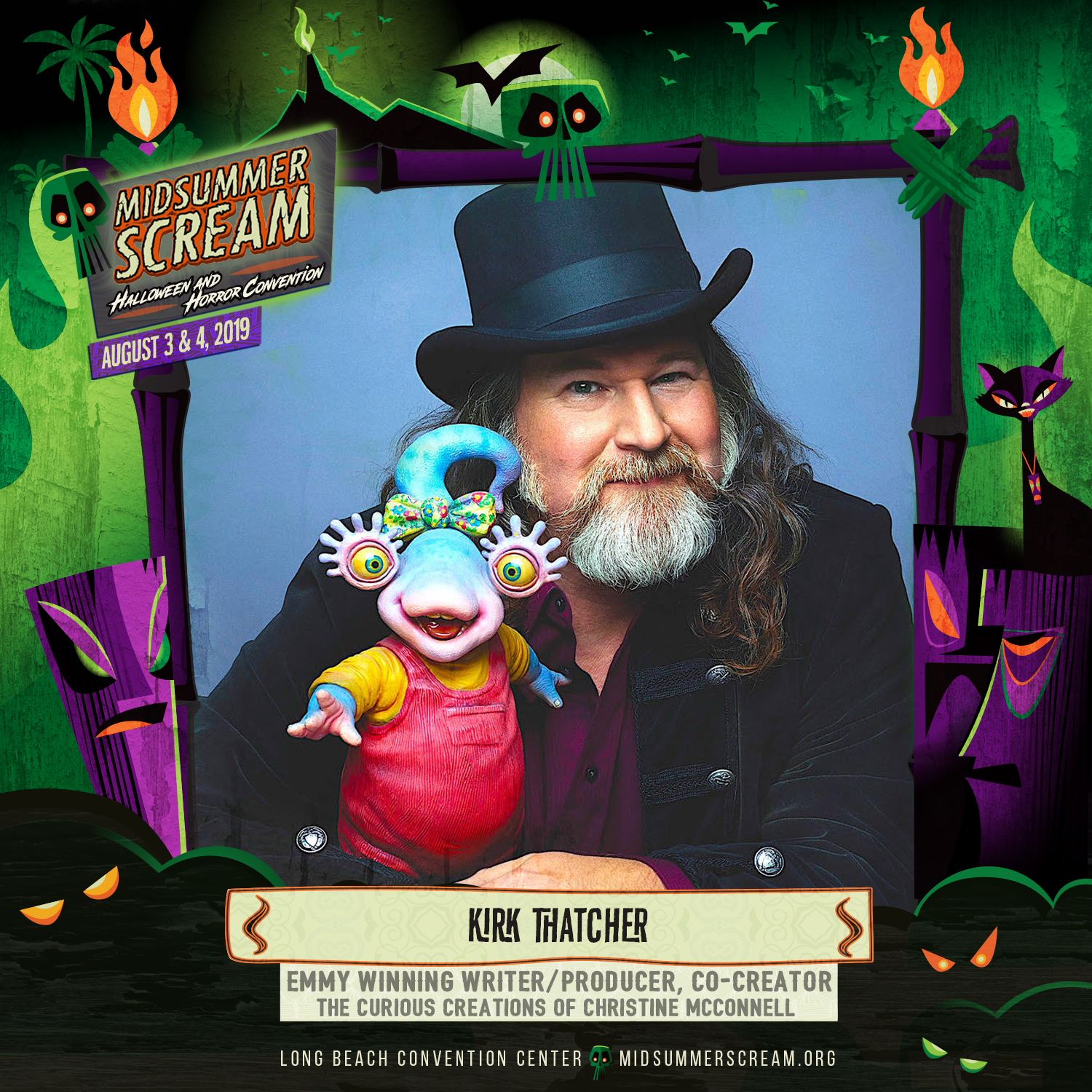 Kirk Thatcher is an Emmy award winning writer/producer, director, as well as a creature maker and designer for both films and television.  Kirk began at nineteen working at Industrial Light and Magic, designing, creating and puppeteering creatures for blockbusters such as, Return of the Jedi, Star Trek II, Star Trek III, E.T., Poltergeist, and Gremlins. He was also an associate producer on Star Trek IV, in which he had a memorable cameo as the Punk on the Bus, rocking out to the Punk anthem he both wrote and sang, called, “I HateYou!” He also co-produced and wrote on the ABC series Dinosaurs, on which he designed most of the characters, including the Baby and B.P. Richfield!