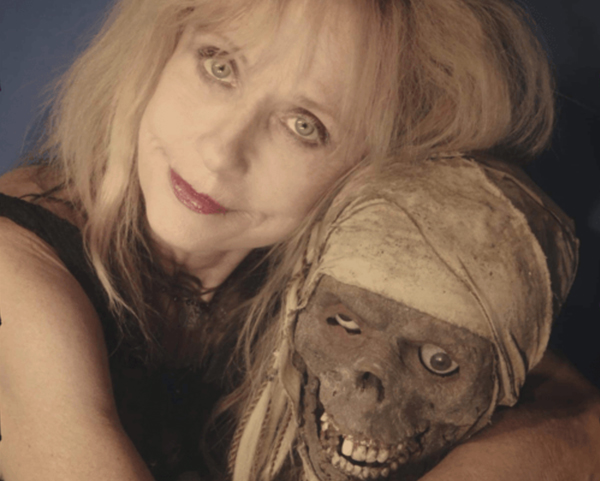 The Return Of The Living Dead, Pumpkinhead

Linnea Quigley is one of the world’s most famous Scream Queens of all time, named as such in numerous publications across the globe (including in Playboy Magazine in 2017, named the “sexiest scream queen of all time.”)

Barbara Linnea Quigley was born in Davenport, Iowa to Heath and Dorothy Quigley. Her Mother was a homemaker and her Father a noted psychologist and chiropractor. Always a shy child, her Mother encouraged her to take up gymnastics. After moving with her family to Los Angeles in the late 1980s, the petite Linnea began working at a Jack Lalanne Spa. The beautiful ingénue was encouraged to try modeling and acting. She soon began getting small parts in commercials and B-movies, such as STONE COLD DEAD and WHEELER. Her breakout role was in THE RETURN OF THE LIVING DEAD, which went on to become a cult classic and established her firmly as “Queen of the Bs.” Her reign is supreme with such films as PUMPKINHEAD, SORORITY BABES IN THE SLIMEBALL BOWL-O-RAMA and NIGHT OF THE DEMONS. Linnea also is a musician and had a band for a number of years called THE SKIRTS. They cut a couple of popular albums before eventually disbanding, as Linnea wanted to focus full time on her acting career, as well as her numerous charitable causes.

Several years ago, Linnea moved from Los Angeles to Florida, to be closer to her parents, who settled there after her father retired. She is a devoted animal rights advocate and also leads a strict vegan lifestyle. Linnea continues to appear in and produce films. She also makes special appearances at Horror Conventions around the globe, where she is a fan favorite. She has written two books about her life in the B-movie industry, BIO & CHAINSAW and I’M SCREAMING AS FAST AS I CAN. Linnea also has conducted séances, reads Tarot cards and loves everything to do with white magic. Mysticism of all kinds has always enthralled her. After more than 200 films, Linnea Quigley is still our favorite “Scream Queen.” Linnea has won many awards over the years for her work in film.