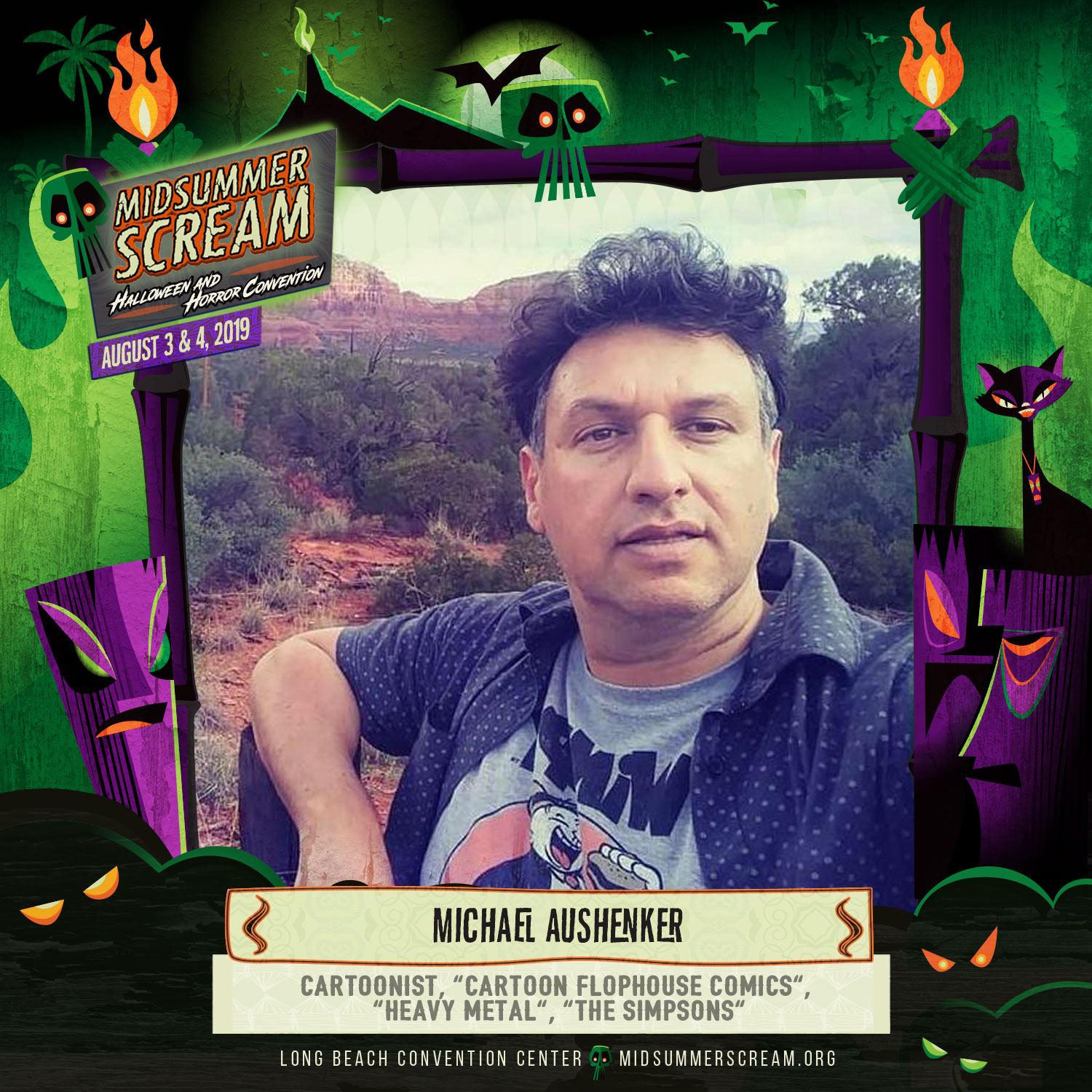 MICHAEL AUSHENKER is the independent cartoonist behind CARTOON FLOPHOUSE COMICS who commercially has contributed to HEAVY METAL, and THE SIMPSONS and GUMBY & POKEY comics. He is the creator of EL GATO, CRIME MANGLER and lead writer of ROCK BIOGRAPHICAL COMICS (Slayer, Metallica, Rob Zombie) and his brand new graphic novel is called THE GHOST PIRATE. He is also the author/illustrator of the children’s book GET THAT GOAT!