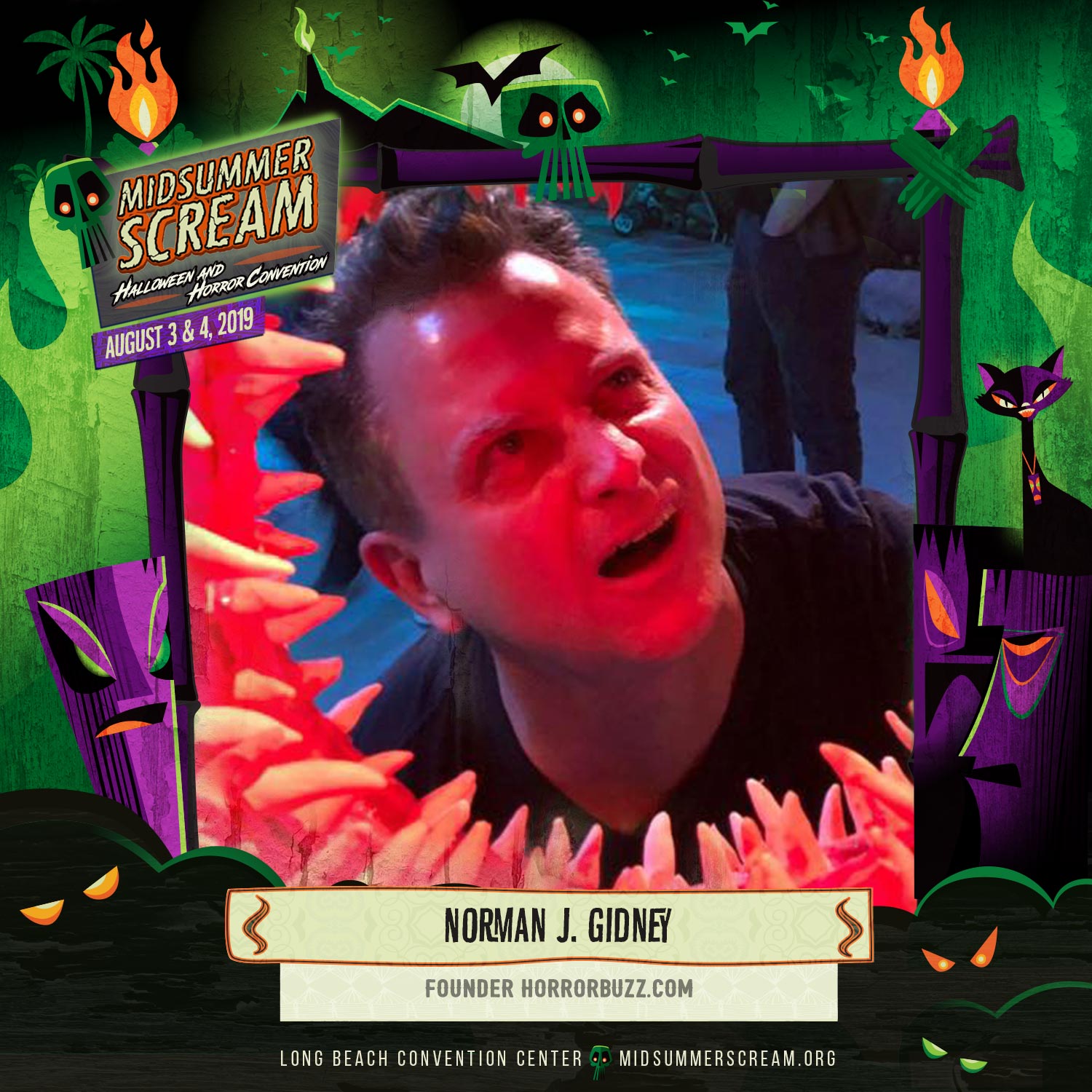 Norman Gidney is a writer, designer, art director, film critic, and the founder of HorrorBuzz, an entertainment website that features information and reviews on everything horror. Based in Los Angeles, Norman travels the country in search of the scariest haunts and shares his adventures with the world. As film critic he writes for multiple sites including HorrorBuzz and Film Threat with reviews appearing on Rotten Tomatoes. Having graduated from Georgia Piedmont University with a degree in Visual Communications, Norman turned his design and love of theme parks into a successful website that enjoyed 50 million page views a year. Shifting focus he went headlong into the world of Halloween and horror by launching HorrorBuzz in 2015. As a proud member of the queer horror community, Norm also uses his platform to advocate for indie horror creators and those outside the mainstream.