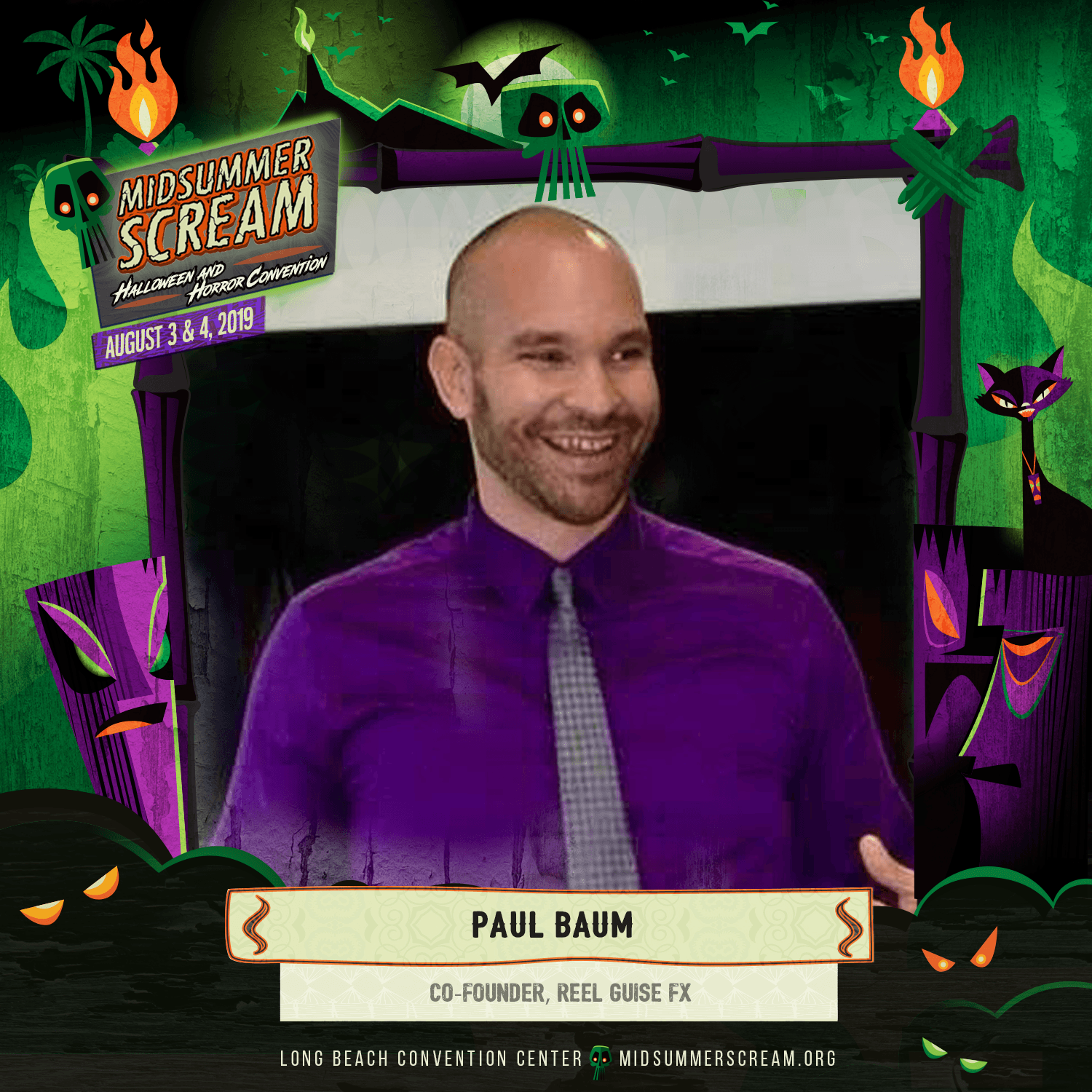 Paul Baum co-founded Reel Guise FX with his husband, David Schoelen. Together, they have created makeup and costume effects, portrayed on-screen creatures, and have been featured in promotions for AMC, Skybound, Scopely Games, Omaze Charity, and Gamblit Gaming. Their Walking Dead cosplay has been highlighted on The Talking Dead and on The Walking Dead social media. Their Stranger Things Demogorgon and Eleven were photographed by the Associated Press and included in social media for SyFy Wire, Netflix, and Makeup Artist Magazine.