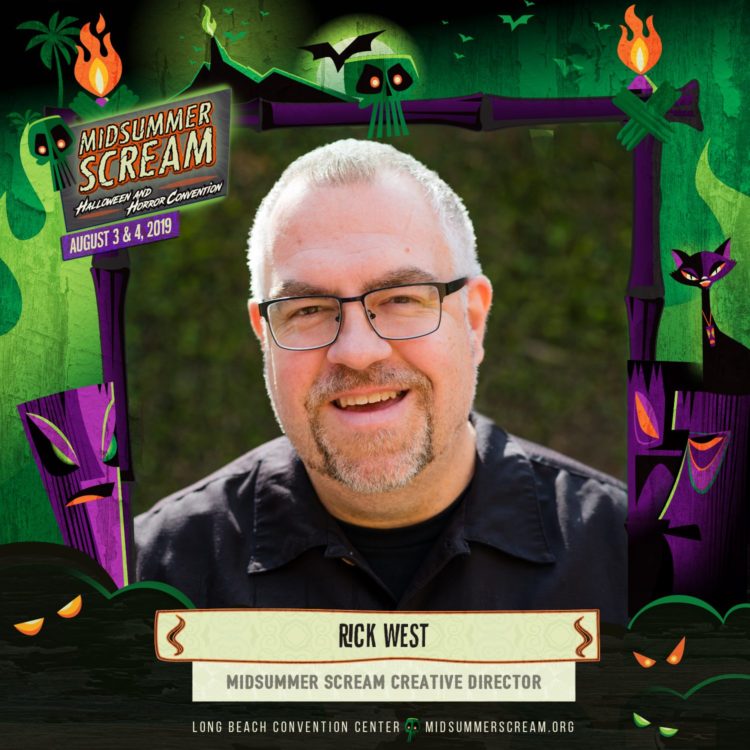 Rick West is a Founder and the Creative Director of Midsummer Scream, the world’s largest Halloween and horror fan convention. After creating Theme Park Adventure in 1994 (1994-2018), Rick began detailed coverage of Southern California’s haunt community, blazing trails and doing many “firsts” as media with Knott’s Scary Farm, including documenting and sharing the build phase of the event, as well as flow-through videos of its iconic mazes. In showcasing home haunters like never before by mainstream media, he also brought public awareness of SoCal’s booming haunt scene to the forefront each Halloween. Rick’s “day job” exists in the themed entertainment industry, where he is a Creative Director and Show Writer, helping to design theme parks and attractions for clients around the world. When not working on Midsummer Scream or designing new attractions, Rick can be found in his “happy place”, Las Vegas, or relaxing at home with his rightfully-spoiled black cat, Jawa. He remains passionately dedicated to the haunt community of Southern California and beyond, visiting scores of Halloween attractions each season across the United States.