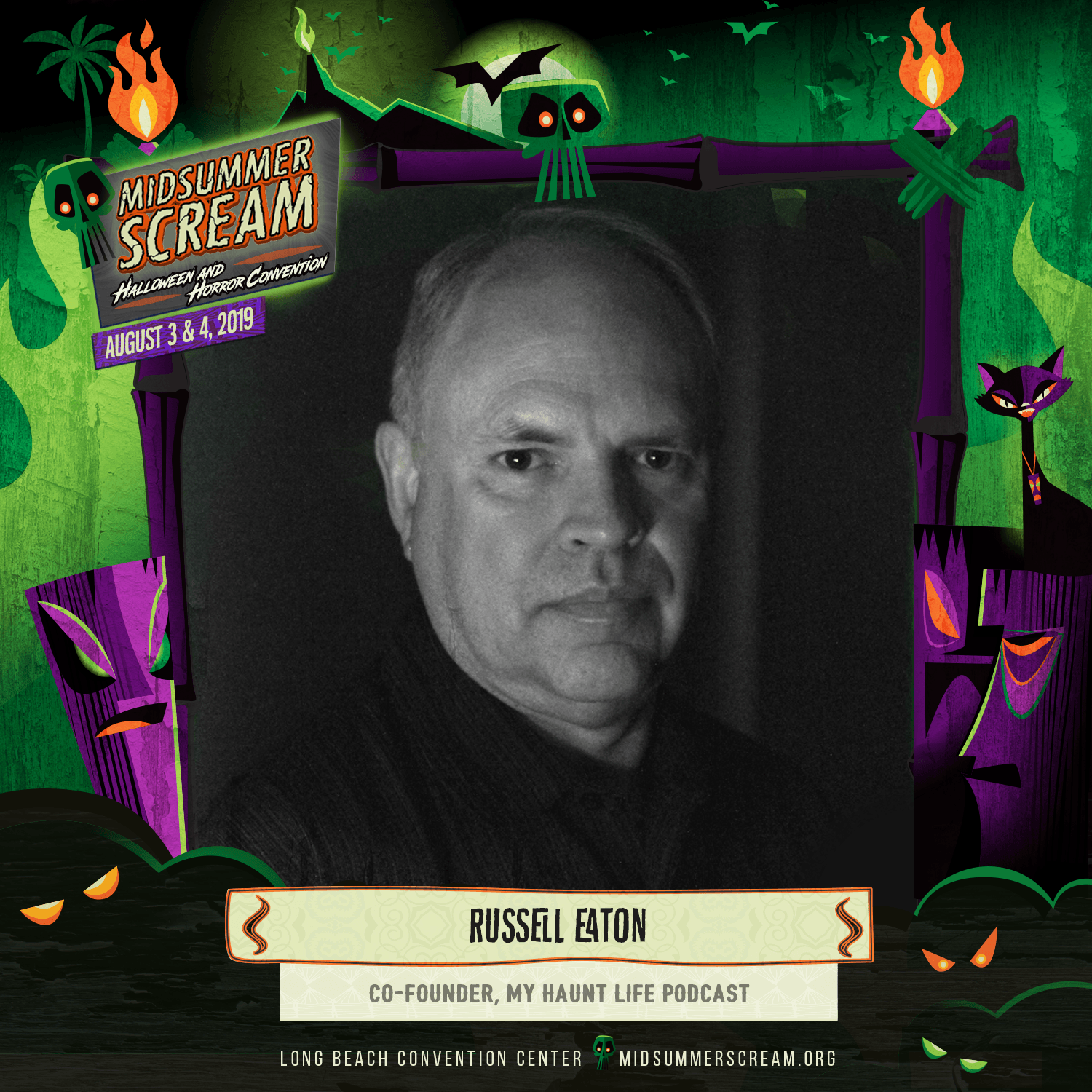 Russell Eaton is the Co-Founder of the My Haunt Life podcast and website, which focus on haunts, horror, immersive experiences, escape rooms, and other events. Russell has a long history of scaring people, and being scared by them. As a Co-Creative Director for Evil Twin Studios, he helped create award-winning haunt experiences in the Pasadena area. Russell has consulted on the creation of immersive shows for the Hollywood Fringe Festival, and was a monster for Universal Studios Hollywood’s Halloween Horror Nights. He appears in the documentary The Blackout Experiments, discussing the impact immersive horror has had on his life, and the potential for personal growth through exploring such entertainment. He has appeared on NPR’s FilmWeek, and multiple convention panels to discuss immersive horror/theater and extreme haunts.