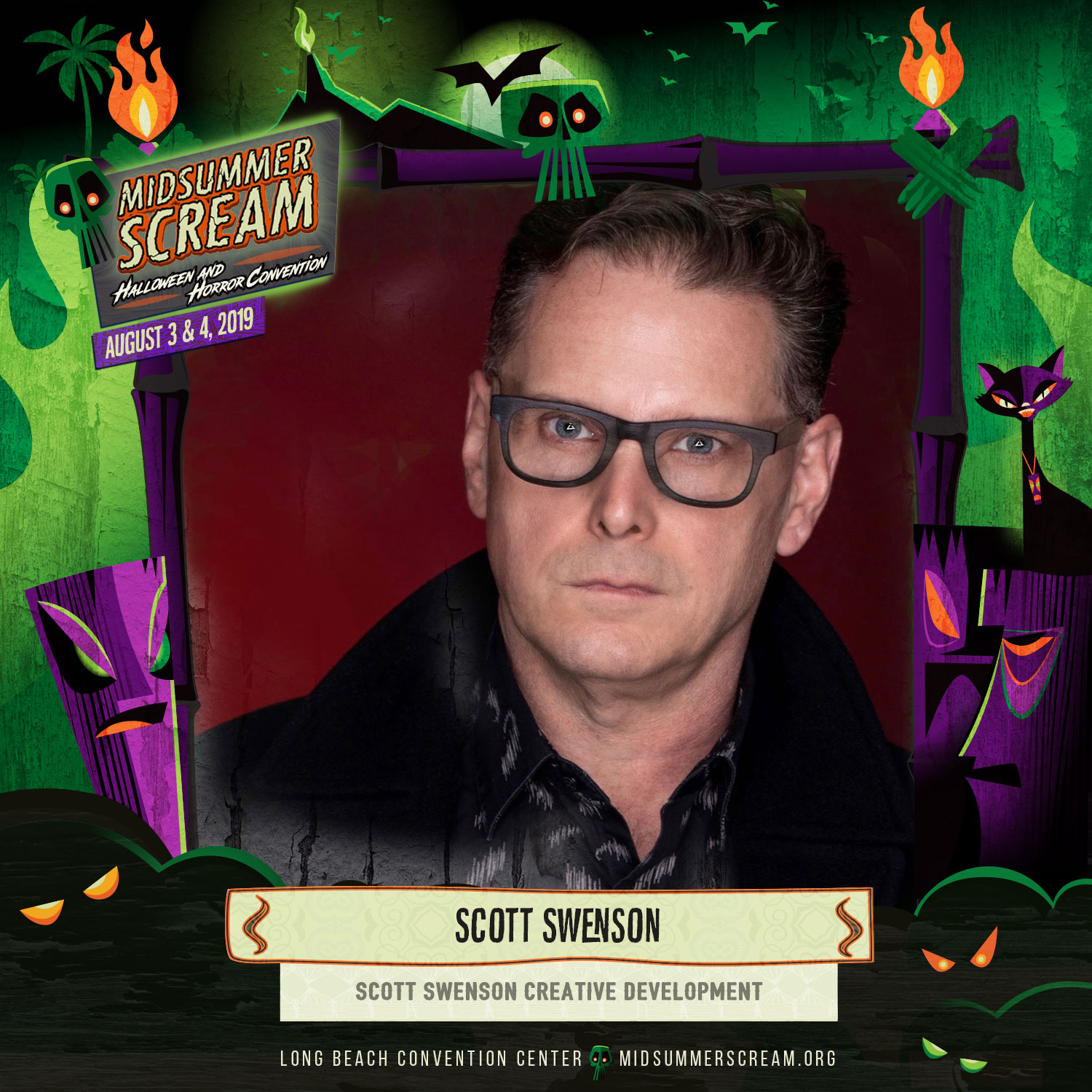 For over 30 years, Scott Swenson has been bringing stories to life as a writer, director, producer, and performer. His work in theme parks, consumer events, live theater, and television has given him a broad spectrum of experiences. After 21 years working with SeaWorld Parks and Entertainment as the Director of Production, Scott formed Scott Swenson Creative Development, LLC. Since then, he has been writing live shows, creating and implementing themed festivals, and developing communication-based training classes. Much of Scott’s work has focused on seasonal entertainment. He was Co-Creator and Creative Leader for the first 15 years of the Howl-O-Scream event at Busch Gardens Tampa, during which time he wrote and implemented over 50 haunted houses, shows, and scare zones. From 2014 to 2017, he was the Writer and Creative Director for the historically-based atmospheric theatre piece, The Vault of Souls. Scott has written and consulted for haunted attractions at Valleyfair theme park, SeaWorld Texas, and ZooTampa. His most recent projects include DARK at Fort Edmonton Park in Edmonton, Alberta Canada, and UNDead in the Water at The American Victory Ship in Tampa. He is a regular contributor to Seasonal Entertainment Source magazine, and his podcast, A Scott in the Dark, continues to grow in popularity. In his “free time”, Scott has self-published three books of dark poetry and prose. In 2017, he was presented a Special Recognition Award from The Haunted Attraction Association for his “…unprecedented investment and support for the haunted attraction industry.” He is a sought-after panelist and presenter for entertainment trade shows, especially those focused on haunted attractions and atmospheric theatre.