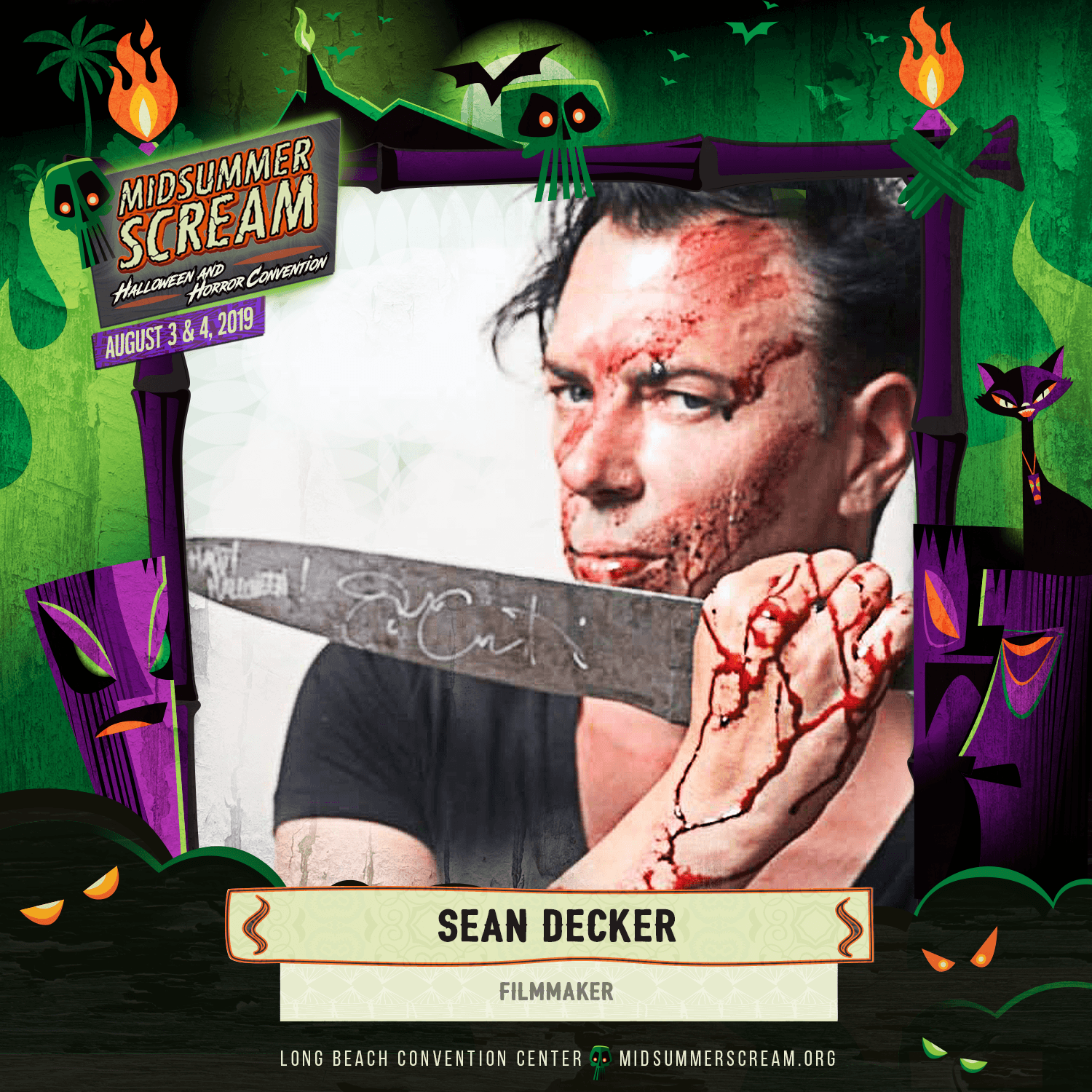 Sean Decker got his start in the industry in 1997 as a horror entertainment journalist, first as a news editor and staff writer at Universal Studios’ HorrorOnline.com, before serving as a contributing writer to Fangoria Magazine, FEARnet, and DreadCentral. He currently serves as Editor-in-chief of Trancas International’s HalloweenMovies.com.

In addition to journalism, as a screenwriter and producer he collaborated on the award-winning short film “Yummy Meat: A Halloween Carol” (season one of the film series Scary Endings), and co-wrote and produced the horror-satire “L.A. Slasher” (2015), as well as serving as a producer on the feature film “The Basement” (2018) and as a director on the docu-series “Gemr presents Collection Complete.”