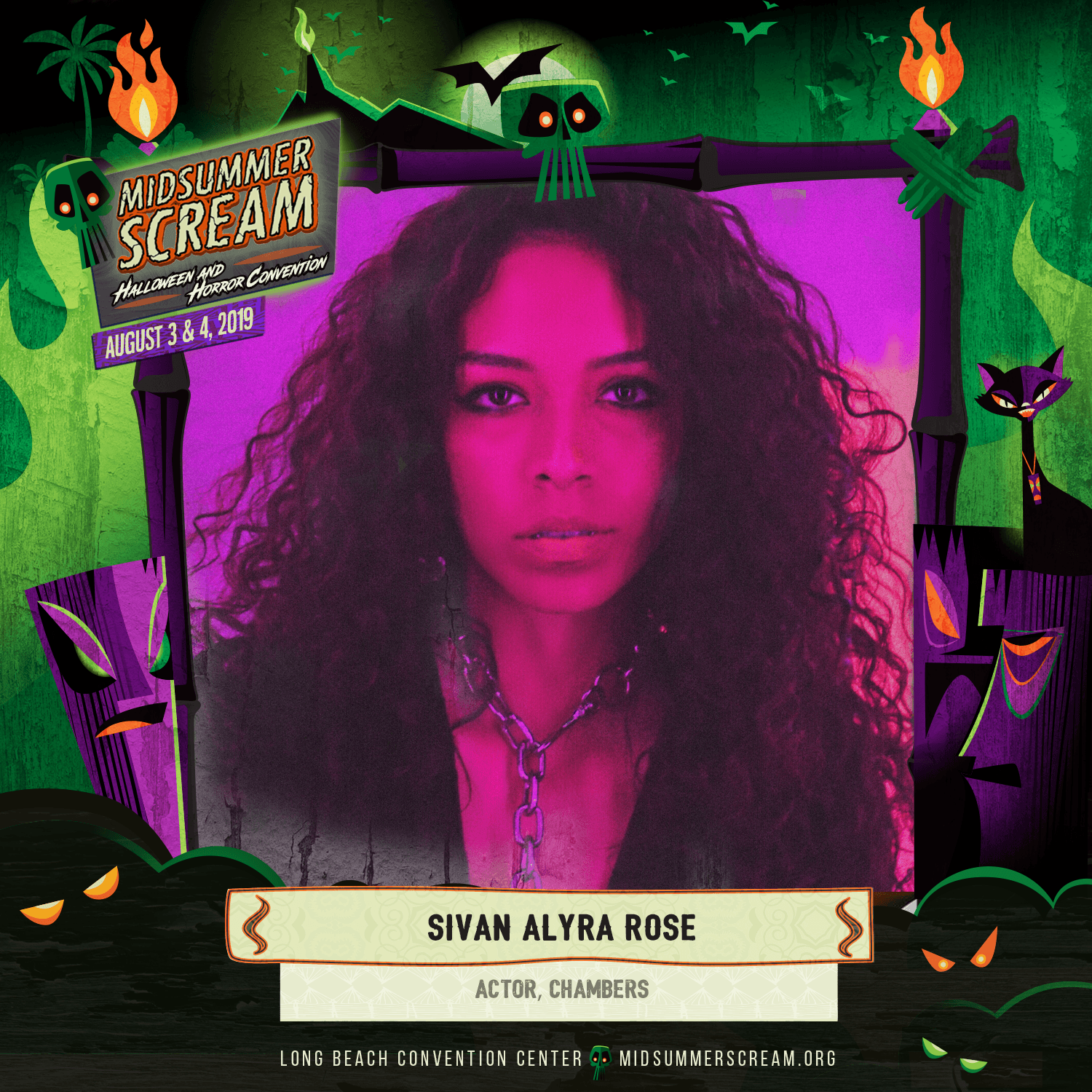 Sivan Alyra Rose is an Apache/Puerto Rican actress, runway model and exhibited artist. Sivan is the first Native American female lead of television series “Chambers” on Netflix, starring alongside Uma Thurman and Tony Goldwyn. “Chambers” is a contemporary supernatural horror story with a diverse cast and set in Arizona created by Leah Rachel. “Chambers” premiered on Netflix in April 2019, but was cancelled by Netflix after one season.

Sivan is a long time lover of the horror genre and her credits include her first film lead in “The Entrada,” a horror story and short film directed by Mark Lewis about a museum holding Native artifacts in 2017; and lead of an American Film Institute project “Running Shadow” directed by Carlos Betancourt in 2018. “Running Shadow” is a short fiction film about a young Lakota woman battling grief over her sister’s suicide and pursuing competitive running. The film released in Fall 2018.

She was raised just outside of Phoenix, Arizona on the San Carlos Apache reservation by her mother and grandmother. She was discovered modeling at the Santa Fe Indian Market at the age of 16. Sivan is passionate about utilizing her platform to raise awareness about Native American issues, especially the need for mental health care support and resources for Native American youth.

Sivan has been featured by artist Ernesto Yerena in a poster highlighting her as the first Native American lead in a television series. Sivan will be available for a meet and greet from 12-3pm on Saturday and Sunday in the HorrorBuzz Booth (#1122) signing these special edition posters.