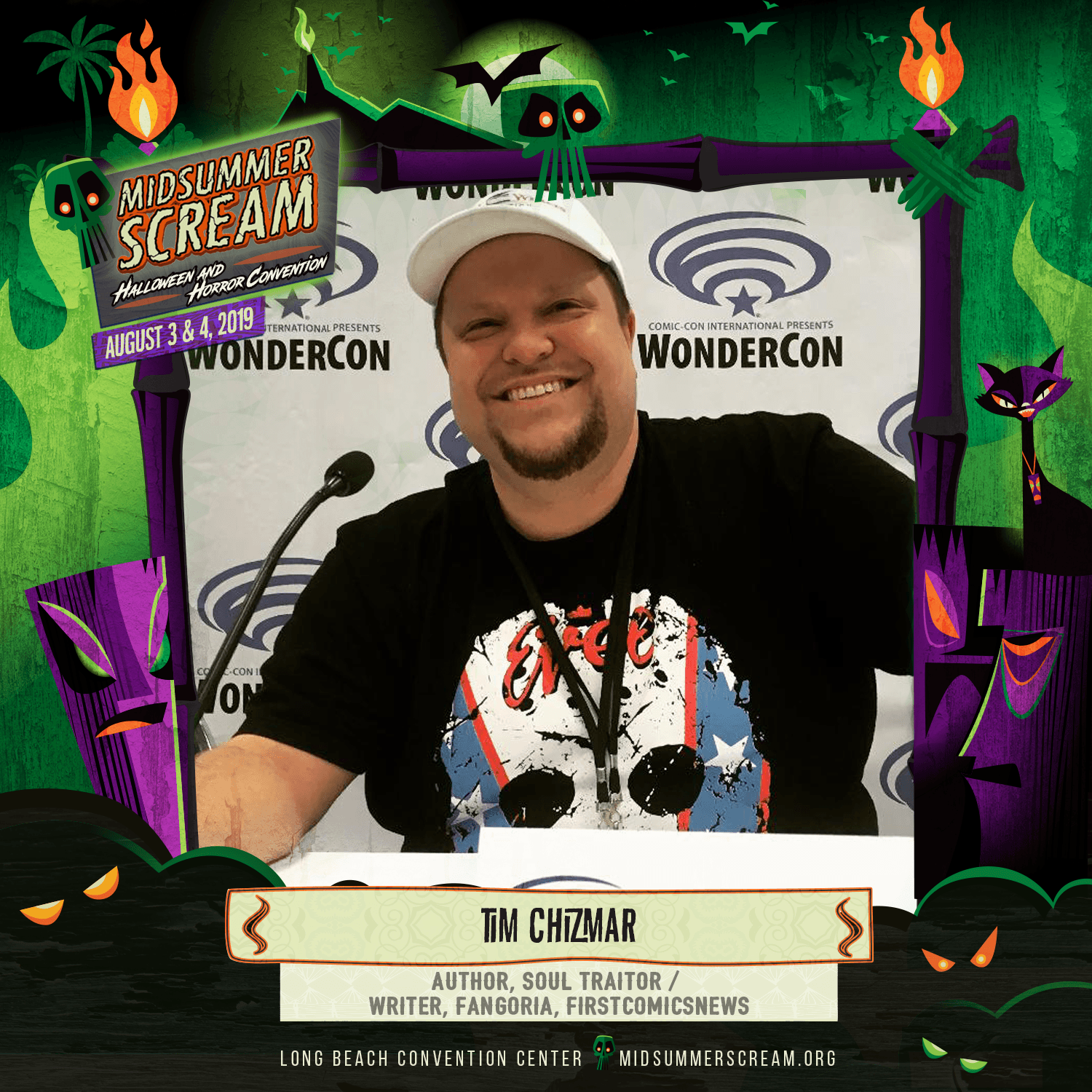 Tim Chizmar is a Best-selling Writer & Award-winning Speaker, whose books include Soul Traitor, and Modern Madness. His work can be read in the Bram Stoker-winning Its Alive from Crystal Lake Press, in which he collaborated on a chapter with Horror Icon Clive Barker. Since graduating from Edinboro University with his BA in Communications, and his Masters in Demonology from Miskatonic University – Chizmar has written for magazines such as Fangoria, FirstComicsNews, and sold many short stories and screenplays in Hollywood. He is the co-chair to the Horror Writers Association Las Vegas chapter and he signed a celebrated three-book deal in 2014. Horror Legend Clive Barker has said- “Tim Chizmar reaches past the conventions of the commonplace and holds nothing back!” Aside from the darker topics his credits to date include ABC, FOX, Showtime, Playboy, NBC, CMT, The Hallmark Channel, and many more. As a headlining comedian, he has worked with Jeff Foxworthy, Jon Lovitz, Daniel Tosh, Dana Carvey, Kevin Smith, etc. When he’s not inspiring fellow writers by being on various Comic-Con panels or speaking at Inspirational success events, he’s constantly working on his next project. Because.. there’s always a next project!