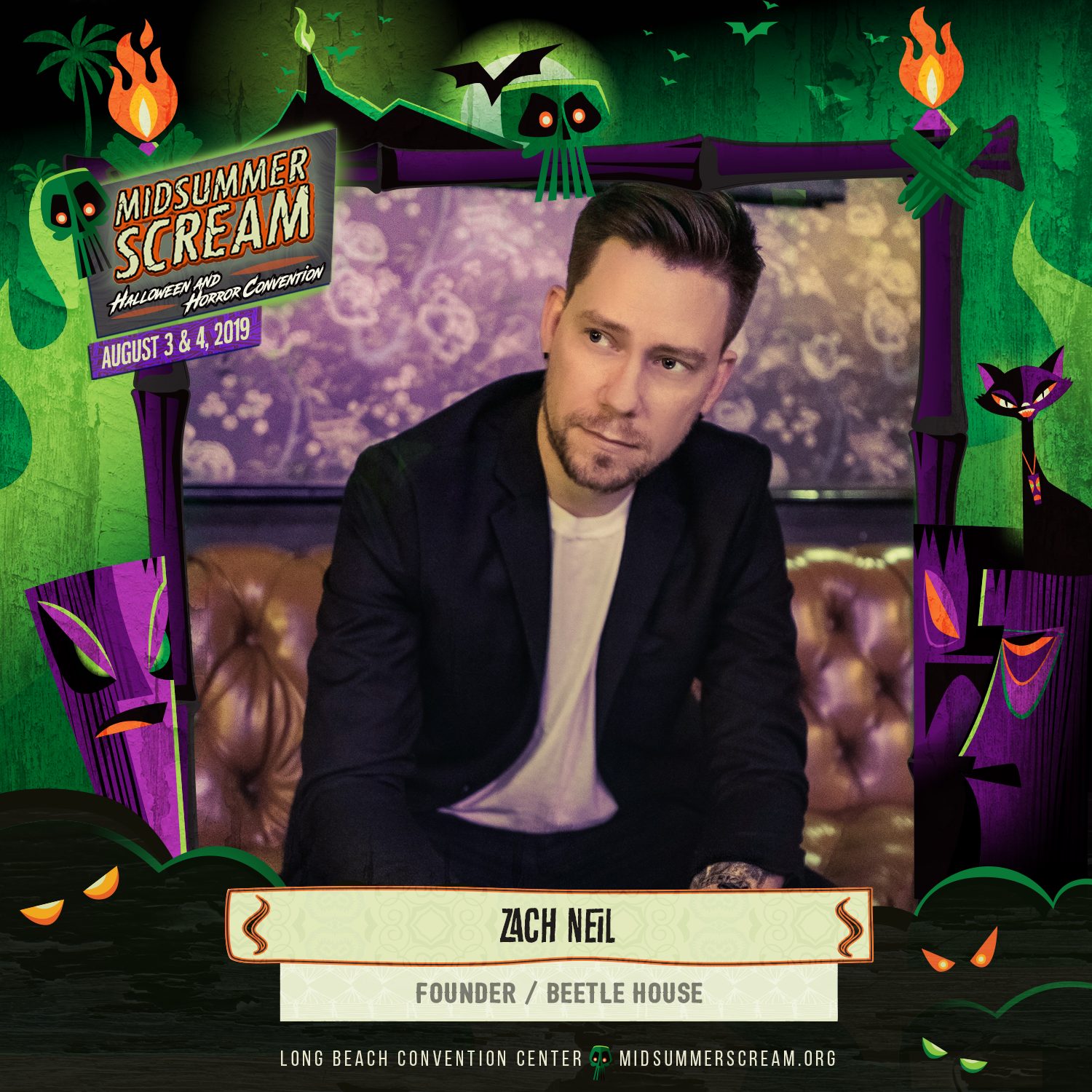 Zach Neil is an American media entrepreneur, celebrity chef, and pop culture expert. He is considered by many to be the originator of the themed pop-up bar and restaurant movement in the United States. Zach has founded and opened more than 30 locations over the last four years, ranging from the Halloween-themed Beetle House (the Tim Burton-inspired restaurants), to Star Wars events, and even political pop-ups. Zach is the author of the best-selling book The Nightmare Before Dinner (quarto publishing) and has been featured on/by Time magazine, GQ, Esquire, People, CNN, Fox, ABC, NBC, MSNBC, BuzzFeed, Thrillist, and many more. Zach is the host of a featured “best of business” podcast, Zach Neil’s Daily Gold, and is currently creating a television series with STX Entertainment about pop culture and how it relates to business for ABC/Disney.