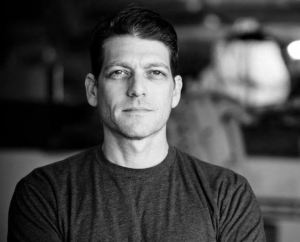 Entrepreneur and polymath Erich Grey Litoff found his way to Hollywood to pursue a career in the entertainment industry after serving in the United States Air Force during the Gulf War. Born and raised in Greenwich Village, New York, where the family business was jazz clubs and restaurants, Erich developed his professional skills early in life, working his way up from making Bloody Mary mixes for the bar at age 10, to managing a club at age 18. After his term in the Air Force, Erich sold premium foods door-to-door, captained a country club, launched a motivational seminar enterprise and finally moved west with an eye toward working in the entertainment industry. Erich’s passion for business and entertainment grew through his evolution from prop master and art director to development exec, ultimately contributing to the production of over 600 television shows, commercials and feature films. Most recently, Erich has focused his business and production expertise as co-founder of the various enterprises in the name of his late father-in-law, legendary special effects wizard, Stan Winston, including the Stan Winston School of Character Arts.