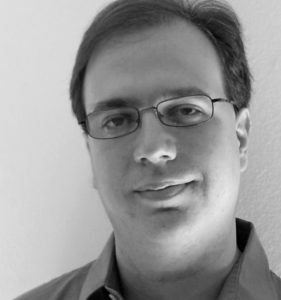 Jonathan is the Executive Director of Unbound Productions and, alongside Paul Millet and Jeff G. Rack, one of the creators and producers of the immersive, literary-inspired theatre cycles Wicked Lit, History Lit and Mystery Lit. Unbound has produced 14 of Jonathan’s plays including 11 for Wicked Lit – those adaptations include Mark Twain’s A Ghost Story, Charles Dickens’ The Chimes, Sir Arthur Conan Doyle’s The New Catacomb, Las Lloronas from the Mexican Legend La Llorona, Ryūnosuke Akutagawa’s In A Grove (titled The Grove of Rashomon) and Anansi and the Demons. In addition to his work with Unbound, another 17 of of Jonathan’s original plays have and will be produced at site-specific locations, schools and theatres around the world including 27 Ways I Didn’t Say ‘Hi’ to Laurence Fishburne (Actors Theatre of Louisville – Humana Festival,  Milwaukee Rep – RepLab), 30K Arabian Nights (San Jose Rep – SJREAL), The Giant and the Pixie and The Legend(s) of Sleepy Hollow (Chance Theater), and Grandpa and the Gay Rabbi (2016 Samuel French Off-Off Broadway Festival – Festival Winner). Jonathan is a member of the Playground-LA Writers Pool and the Dramatists Guild of America, and a lifetime member of the Alliance of Los Angeles Playwrights.