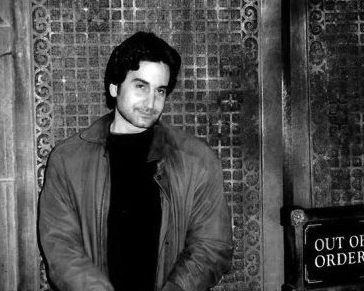 Mark grew up in Southern California, and soon became obsessed with Disneyland and its many voices. He would bring a small tape recorder into the park to record the rides, and practice all the narration from his favorite attractions at home. Mark became a versatile voice actor, and got hired by KROQ radio in the ’80s doing celebrity impressions on its morning show. Soon after that, Mark started getting hired to re-voice celebrities that could not make it to their recording sessions. In 1993, Mark was hired by Universal Studios to re-voice 80 lines of dialog for Al Pacino for the network premiere of Carlito’s Way. The following year, Mark was hired by Walt Disney Imagineering to narrate The Twilight Zone Tower of Terror for Walt Disney World. Out of hundreds of people Mark got the job and the approval of Carole Serling, Rod Serling’s widow. Mark has done many more voice acting jobs for Disney, including voicing Friend Owl for many Bambi DVDs and toys. When Disney dubbed Miyazaki’s Howl’s Moving Castle into English, Mark was cast as the voice of the King. The film received an Oscar nomination for Best Animated Film.