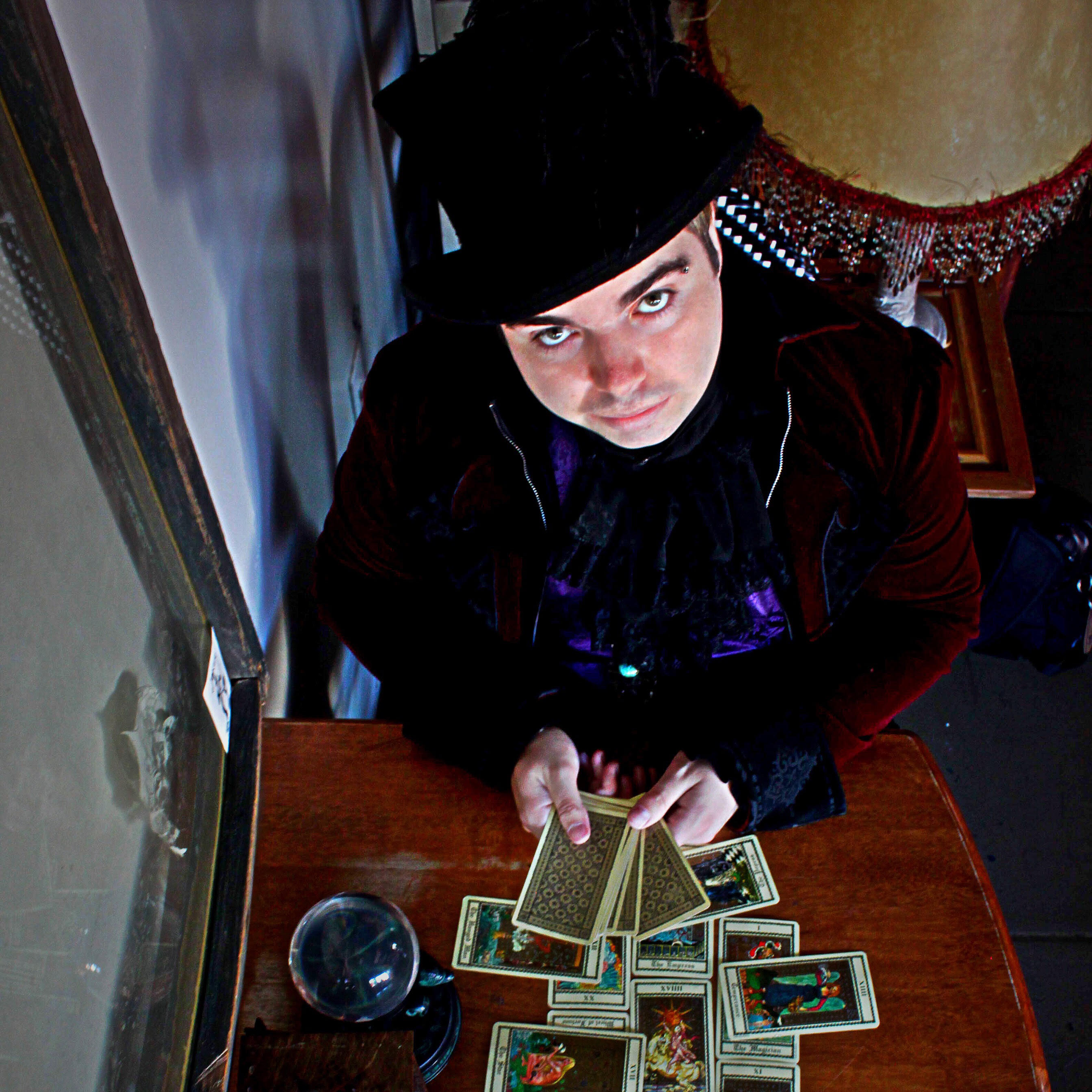 Dylan always had an attraction to mysticism. He learned to read palms at 9 years old and always felt spirits around him. At 13, he received his first tarot deck from his mother, and was entranced by their esoteric nature and history. He began to study the cards, and soon sought out other forms of divination: runes, tea-leaf reading, scrying boards, pendulums, palmistry, and throwing bones. He sharpened his craft by attending classes in the Occult Arts in Los Angeles, New York, and New Orleans. His connection to mysticism and love for knowledge allowed him to study, explore, and dedicate himself to the art of Witchcraft, as well as Hoodoo, Root-work, and Shamanism. He is a practicing Witch and uses the craft to assist him in both his personal and professional life.

Born with Irish, German, and Native American blood, he attributes his spiritual gifts to his many ancestors who walk and work beside him, guiding him on his sacred journey.