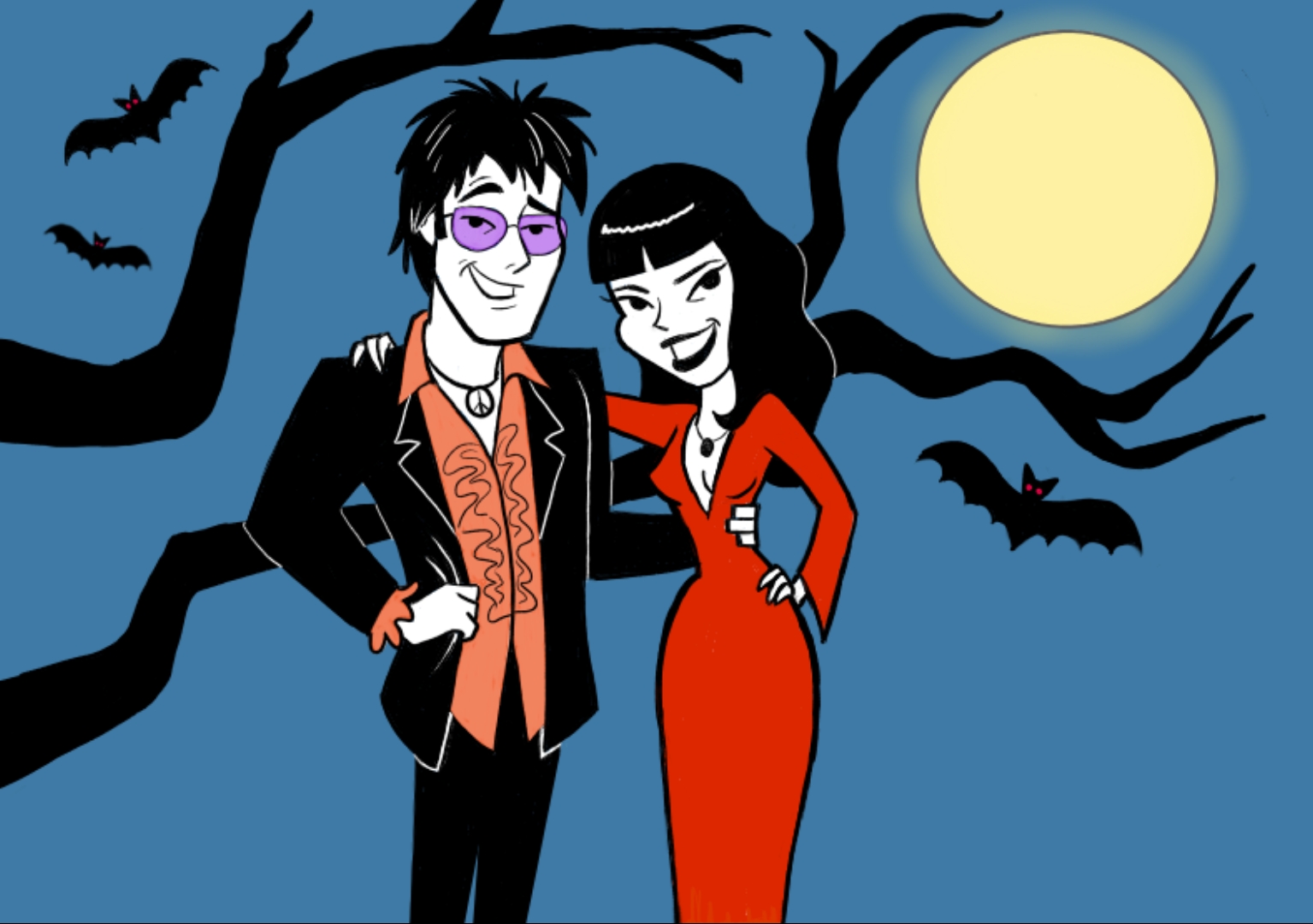 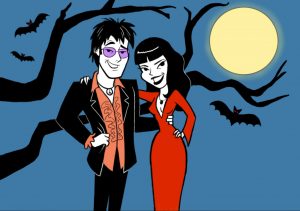 Disney animator Rick Farmiloe and production designer Christi Haydon first met backstage after a concert at The Wiltern in Los Angeles. It was an appropriate setting. People always assume Rick is in a band. Christi actually was in a band. She used to be the drummer in Rick’s favorite band. That’s cool.

Rick has been animating childhoods for over 30 years, and he’s best known for breathing hilarity into iconic Disney sidekicks Scuttle, LeFou, and Abu in the beloved Academy Award-winning films The Little Mermaid, Beauty and the Beast, and Aladdin. That’s impressive.

This October, on Friday the 13th, Rick and Christi are celebrating the two year anniversary of that fateful first meeting with the debut of their darkly humorous and ghoulish single-panel comic series, Rick+Christi’s Full Moon Cartoons.

Midsummer Screamers are invited to join Rick and Christi at the Horror Buzz booth for an exclusive sneak preview of Rick+Christi’s Full Moon Cartoons, and for a spooky Disney caricature sketch of YOU & ABOO (Abu)!

“I think there needs to be a word for something that you didn’t know was on your Bucket List but is now that it’s happened: Be drawn by a Disney animator, check!” -Amanda Walker, The Wenatchee World