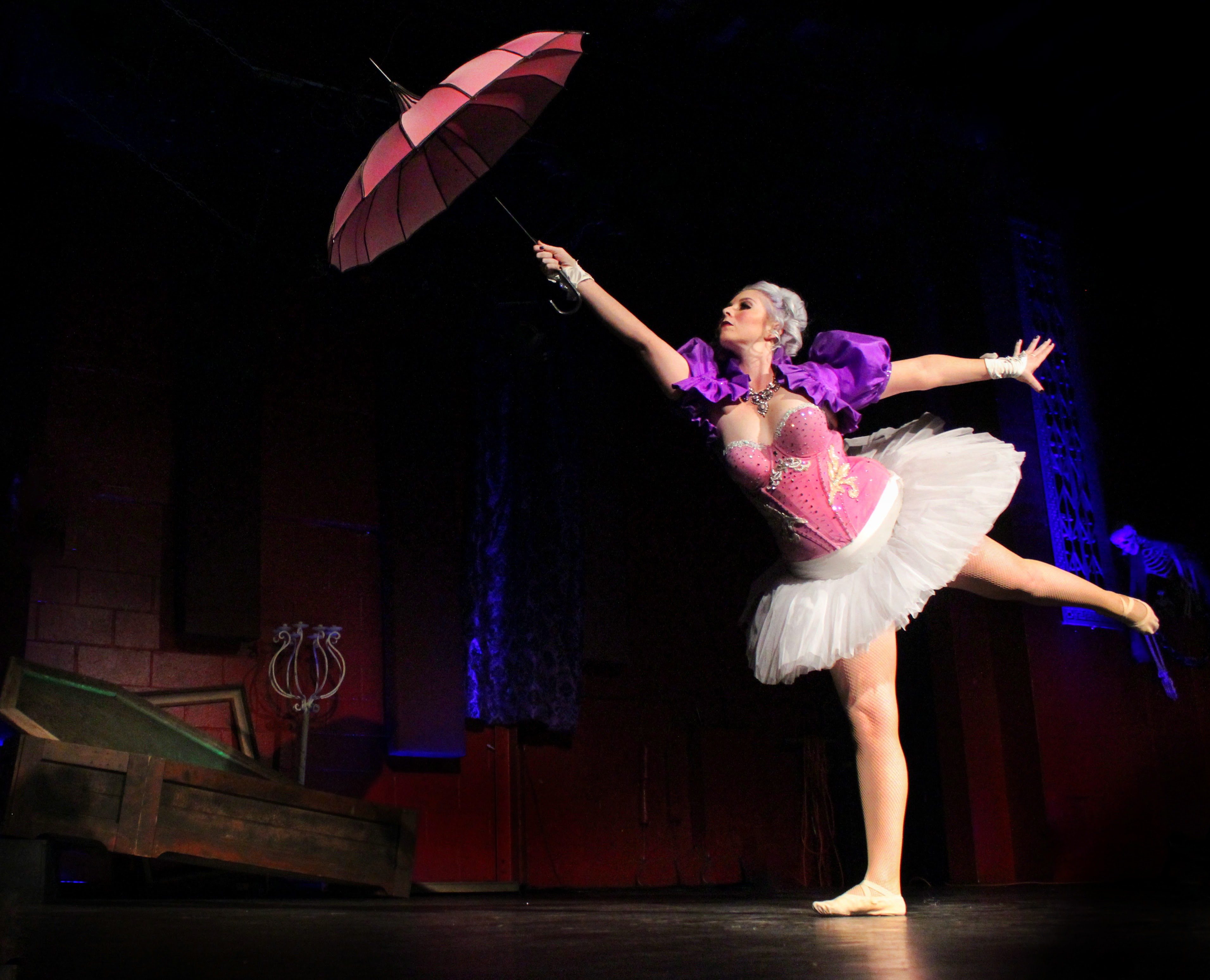 The Terrifying and Titillating Burlesque of Peepshow Menagerie

Enjoy a sampling of Peepshow Menagerie’s horror themed offerings. This wildly popular burlesque show frequently features nights focused on popular genres, movies, and other curated fare. For Midsummer Scream, they’ll have a handful of performances from recent and upcoming shows, which could include those inspired by the Haunted Mansion, Harry Potter, David Lynch, Ed Wood, and their upcoming event based around Famous Monsters of Filmland. Peepshow Menagerie co-founder Chris Beyond and the performers will also discuss the creative process behind the acts and the history of the show.

Peepshow Menagerie is co-produced by Scarlett Letter (Multi-Award winning international performer) and Chris Beyond (creator of No-Fi “Magazine”, dj on No-Fi “Radio”, and co-host of The Burlesque Podcast). Both Scarlett and Chris bring with them many years of experience in the burlesque world and in producing shows. Both are staffmembers for The Burlesque Hall Of Fame in Las Vegas where Chris also co-produces the BHOF Photo Safari.

Every month Peepshow brings to L.A. a show inspired by their many influences in their life and art, also being one of the first shows in L.A. to fully embrace “Nerdlesque” shows as their overall theme – even before it was called Nerdlesque. We have been very lucky to have worked with burlesque title holders and performers from around the world, well known television personalities, and many others with whom we are always grateful to when they agree to do our show.

Peepshow Menagerie and their performers will be doing a performance demonstration and discussion panel where we talk about these shows in particular as well as all of the films that inspired them and their acts, as well as the art of Nerdlesque in general and how it has grown directly from what burlesque has done since its very beginnings; satirizing popular culture with a streak of naughtiness.

Saturday, July 29 at 6pm on the Performance Stage.