Tales and Tribulations: The Delusion Retrospective

In 2011, Jon Braver and his team rented a dilapidated old mansion in Los Angeles for a new project called “Delusion” – a new concept in immersive horror theater. Not a “haunted attraction” in the traditional sense, what Braver and his crew created was a whole new level of live entertainment; a haunting story in which guests are directly invested and guided through. When the doors to that 100-year-old mansion opened and the first visitors were beckoned in, and invited to play their part, a new era in theater was born here in Southern California. In the years to follow, Delusion would become one of the most highly-anticipated and acclaimed interactive experiences to date.

Five iterations of Delusion have taken place in Los Angeles since 2011: Delusion, The Blood Rite, Masque of Mortality, Lies Within, and His Crimson Queen. Each production has carried its own theme and story, while maintaining common Delusion hallmarks – brilliant actors, elaborate effects and stunts, haunting soundscapes, and incredible production value – all of which pull guests into the moment. Into the darkness that is so beautifully Delusion.

On Sunday, July 30 Midsummer Scream is extremely proud to present a special 90-minute panel presentation titled Tales and Tribulations: The Delusion Retrospective, which will chronicle all five iterations of Delusion, and take a look at what comes next for fans of the company.

Moderator John Horn, the host of The Frame on KPCC, will take guests on a fascinating journey through the history of Delusion as he is joined on stage by company founder, Writer, and Director, Jon Braver; Production Designer, Kevin Williams; Creative Supervisor/Assistant Director, Victor Mathieu; veteran Delusion Actor, Aaron Lyons; and Rachel Skidmore, the Director of Media Development and Production at Skybound Entertainment. Rachel is currently serving as an Executive Producer for Lies Within, the upcoming horror VR series and first project out of Skybound’s partnership with Jon Braver and Delusion.

Together, the team will discuss the challenges and sweet success that Delusion has experienced over the years, and will explain how virtual reality will take fans to the next level in interactive terror.

This presentation will conclude with a Q&A session with Jon Braver, who is very much looking forward to hearing from fans and answering any questions they might have about the legacy and future of Delusion. 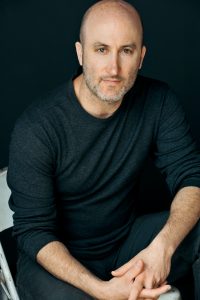